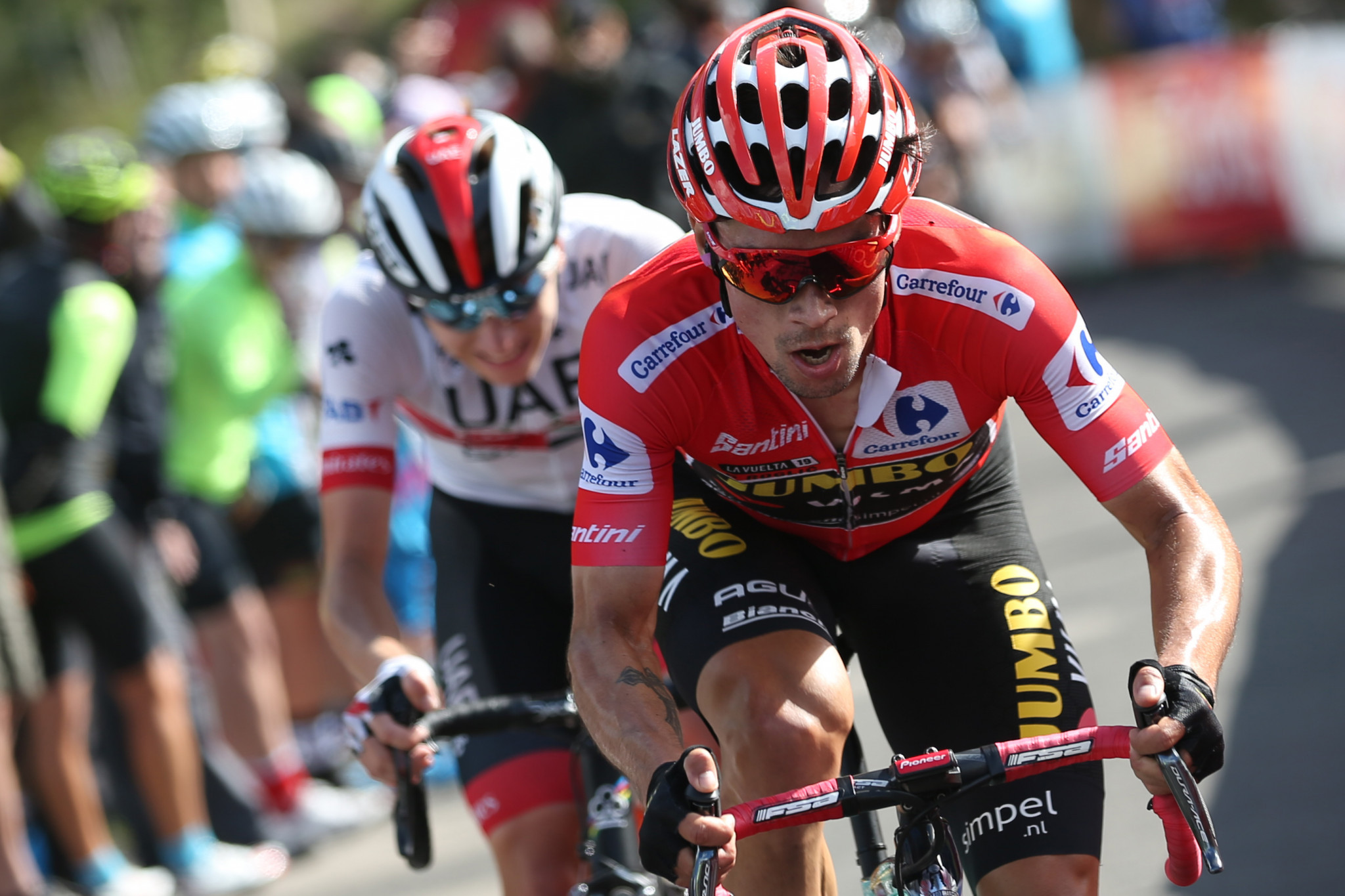 Slovenian Primož Roglič tightened his grip on the general classification as he extended his overall lead on the 13th stage of the Vuelta a España.

The Team Jumbo-Visma rider finished second behind stage winner Tadej Pogačar at the end of a gruelling 166.4 kilometres route from Bilbao to Los Machucos.

Spaniard Hector Saez was two minutes ahead of the rest of the field before arriving at the bottom of Los Machucos but was caught and surpassed by the peloton.

Colombia's Nairo Quintana, who won the race in 2016, attempted an attack but he was swiftly reeled in by the rest.

Roglič and Pogacar managed to break free, despite the steep summit, as they overtook Frenchman Pierre Latour.

It quickly became clear that it would be a Slovenian battle for victory and Pogacar was able to hold off his compatriot to clinch his second stage victory of this year's race.

"When I heard on the radio that nobody is following me and Roglič, I realised it is a good opportunity,” Pogačar said.

"With Roglič, he’s difficult if you’re going against him because he’s really strong and I could do that today, so I’m really happy.”