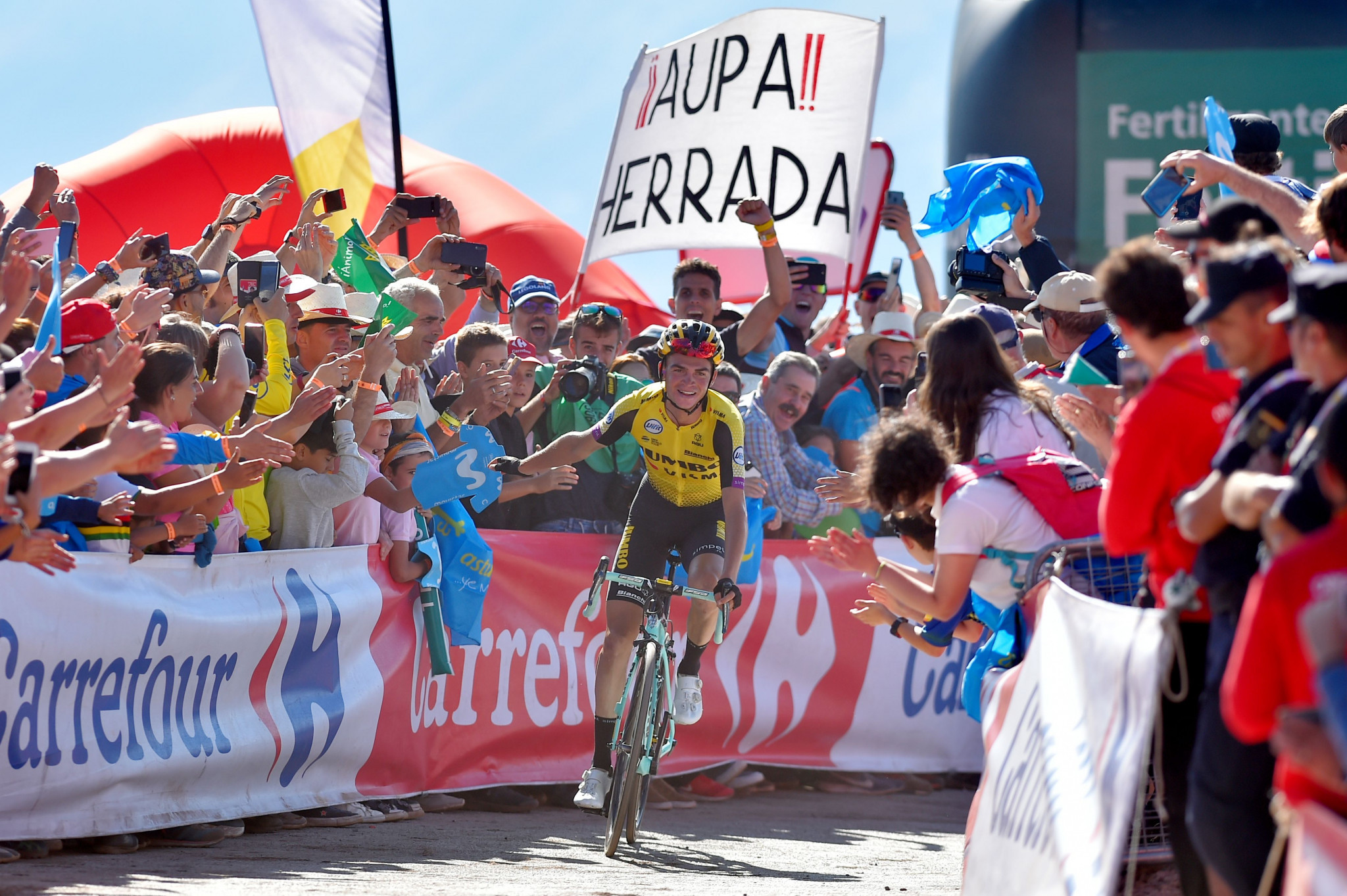 Sepp Kuss triumphed on stage 15 of the Vuelta a España after surging clear from the breakaway in the closing kilometres in Santuario del Acebo.

The American featured as part of a large breakaway group on the 154 kilometres stage, which began in Tineo.

Kuss expended little energy in the move during the early part of the day, due to riding on Team Jumbo-Visma with overall race leader Primož Roglič of Slovenia.

He used the benefit to his advantage by launching an attack in the final six kilometres as the breakaway began to collapse under pressure from the general classification group.

Kuss built a comfortable advantage on the final climb of the day to secure victory in a time of 4 hours 19min 4sec.

He was followed across the line by Portugal’s Ruben Guerreiro, who finished second, 39 seconds down.

Along with the stage win, Team Jumbo-Visma were satisfied with their efforts in helping race leader Roglič.

The Slovenian was well supported by his team throughout the stage before his solo effort enabled him to withstand a late attack by world champion Alejandro Valverde of Spain.

Roglič and Valverde gained time on their remaining rivals to strengthen their position as the top two in the general classification.

The Slovenian remains 2:25 clear of Valverde in the overall standings as the Grand Tour heads into its final week.

Roglič’s fellow Slovenian Tadej Pogačar rounds off the top three but the UAE Team Emirates rider lost 41 seconds on the stage to lie 3:42 behind the leader.

Racing will continue tomorrow with a 144km stage from Pravia to La Cubilla.

It will be followed by the final rest day on Tuesday (September 10).