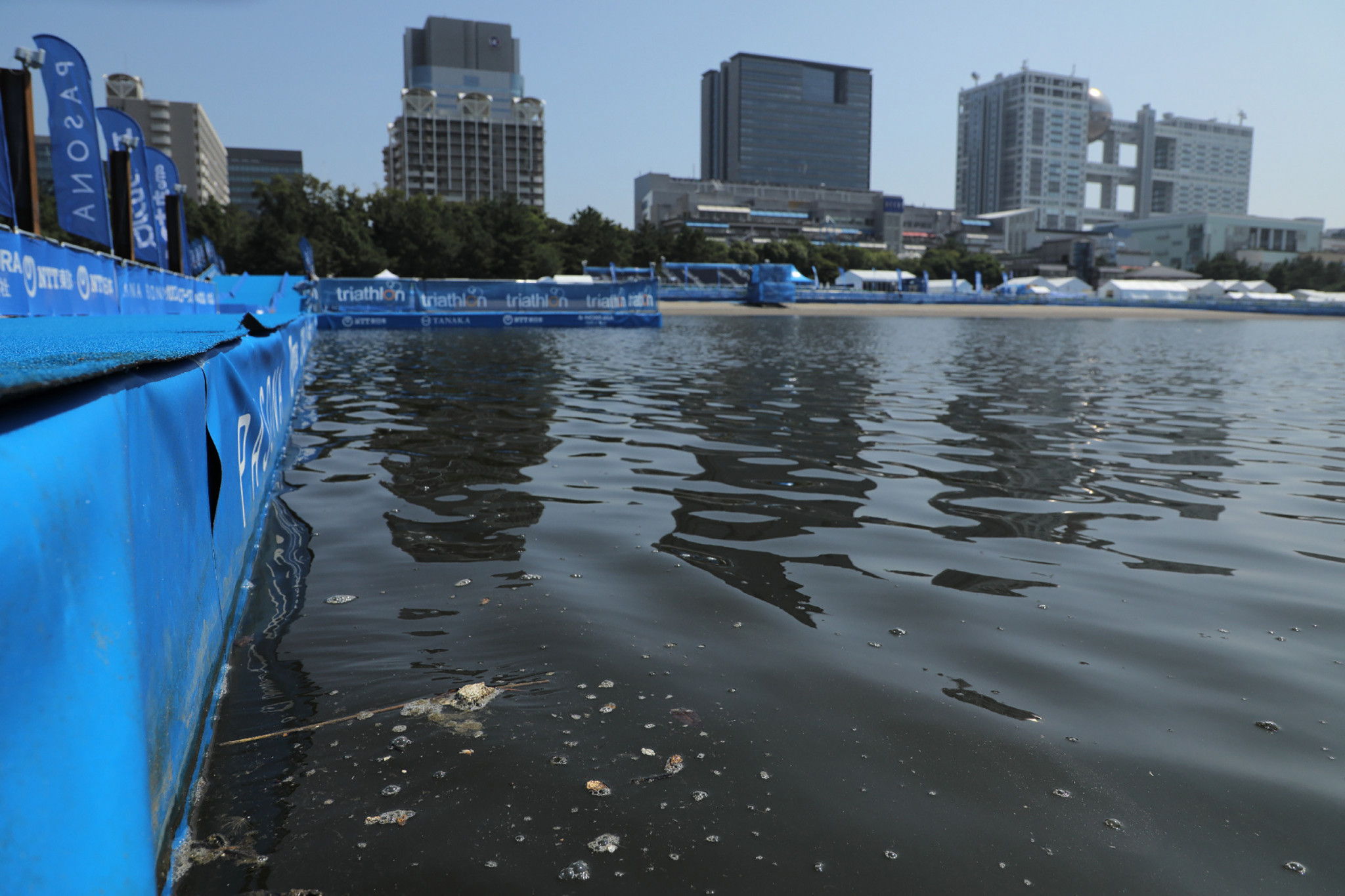 Proposals to ensure the safety of athletes at the Olympic and Paralympic Games after high levels of E.coli bacteria were found at a venue for Tokyo 2020 have reportedly been put forward by the Tokyo Metropolitan Government.

The Mainichi newspaper in Japan has reported the Government is planning to improve the cleaning of sewage systems in time for the Games and to increase the number of nets deployed onto nearby sewage pipes to prevent the outflow of waste.

The reports also claim the Government will conduct an analysis to improve the situation after athletes competing in the Ready Steady Tokyo swimming test event complained of pungent water during the competition.

The Government claims the high E.coli levels measured during test events came about as a result of rainfall from an approaching typhoon.

It claims the typhoon created more sewage that the region's treatment facilities could process, causing domestic drainage to flow into the competition area.

The water quality issue is the latest problem for Tokyo 2020 organisers, who continue to work on countermeasures to deal with heat and humidity concerns in Japan.

A heatwave across the country through July and August saw temperatures hit 31 celsius at 6am, prompting organisers to reschedule marathon start times.

Last month, the Liberal Democratic Party in Japan announced it will create a heatstroke prevention study to prepare for the Games, while fans will be allowed to bring their own bottled water into venues under certain conditions.

A snow-making machine will also be tried out at next week's canoe sprint test event, where Tokyo 2020 officials are set to place themselves in the spectator seating to assess the technique's effectiveness.