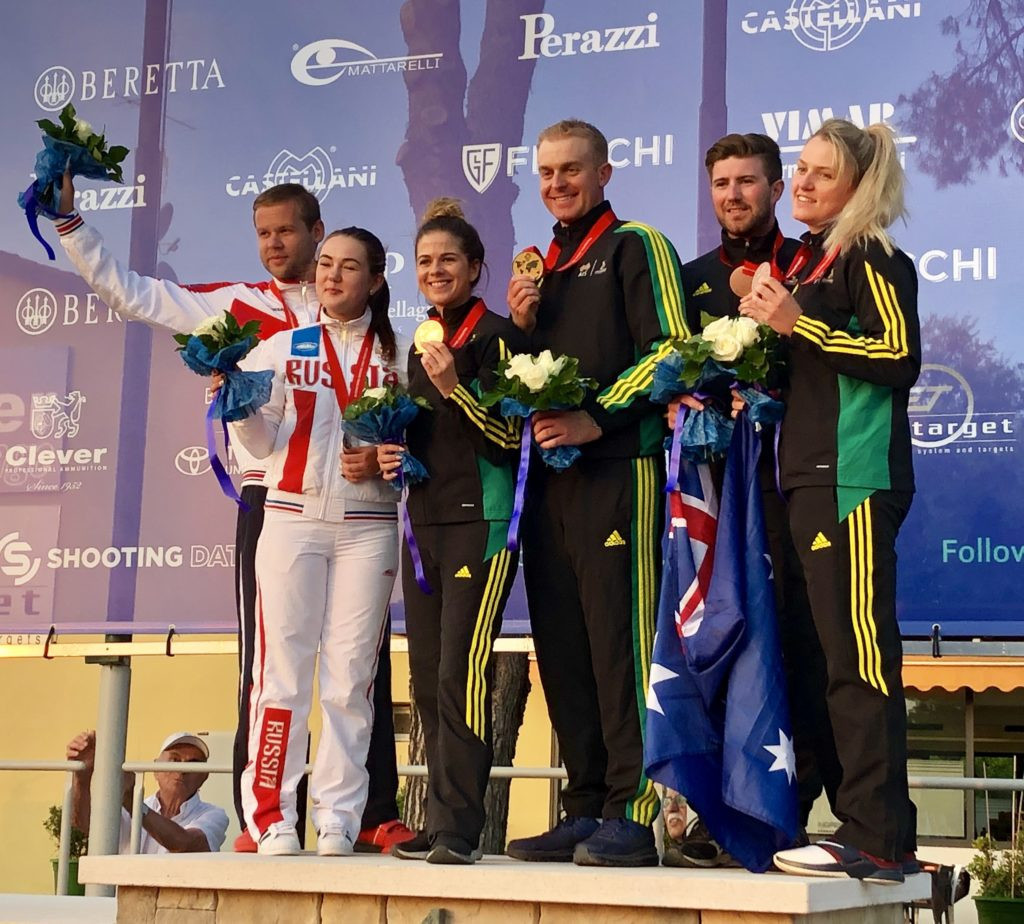 The Australian pair edged Russia's Iuliia Saveleva and Maksim Smykov in a shoot-off after both teams hit 44 targets in the gold medal match.

The triumph handed Australia their first crown of the World Championship in Lonato, close to Lake Garda.

It marked a successful outing for Australia in an event due to make its debut on the Olympic programme at Tokyo 2020 following controversial changes approved by the ISSF.

Zina Hrdličková and Fabio Beccari of the Czech Republic won the mixed junior team trap competition, beating Gaia Ragazzini and Matteo Marongiu of Italy by 43 targets to 38 in the final.