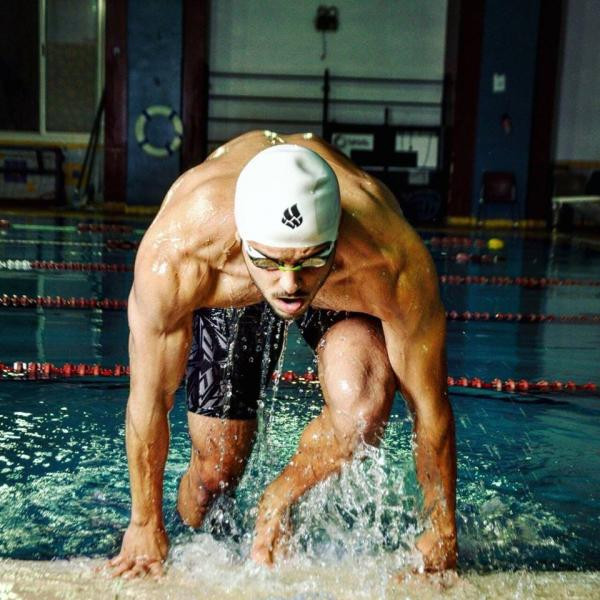 New Zealand swimmer Eyad Masoud has been awarded an International Olympic Committee (IOC) Refugee Athlete Scholarship, moving him one step closer to his dream of competing at Tokyo 2020.

The scholarship will provide funding for the 24-year-old to train and attend elite competitions.

"I was so happy when I got the e-mail and I haven’t stopped smiling since," Masoud said.

As a recipient of the scholarship, Masoud will be one of the athletes to be considered for selection to the Refugee Olympic Team for Tokyo 2020.

The IOC is due to release its selection criteria early next year, with its Executive Board in charge of nominating athletes to the team.

Receiving a scholarship does not guarantee a place in the side.

The Refugee Olympic Team debuted at Rio 2016, with 10 athletes displaced from their home nations competing under the Olympic flag.

"Being eligible for the Olympic Refugee Team is huge for me, I’ve dreamed of competing at the Olympics since I arrived in New Zealand so to be a step closer to that is pretty special," Masoud said.

Masoud was born in war-torn Syria where he learnt to swim at a young age.

His family moved between Syria and Saudi Arabia until the former became too dangerous.

Their home has since been destroyed by bombs.

Masoud was granted refugee status and moved to New Zealand in late 2017.

As well as being a competitive swimmer, he studies engineering and works as a junior swim coach in Auckland.

"I’ve been fighting to spread the message that no matter what your circumstances are, if you work hard you can still achieve your dreams," Masoud said.

"Getting this scholarship has given me even more motivation and the funding will allow me to train even harder."

"Eyad has been through a lot in his life so we’re extremely pleased that he's getting a helping hand as he works towards his goals," he said.

In June of this year, the IOC announced the 37 refugee athlete scholarship holders who will attempt to be part of the Refugee Olympic Team at Tokyo 2020.