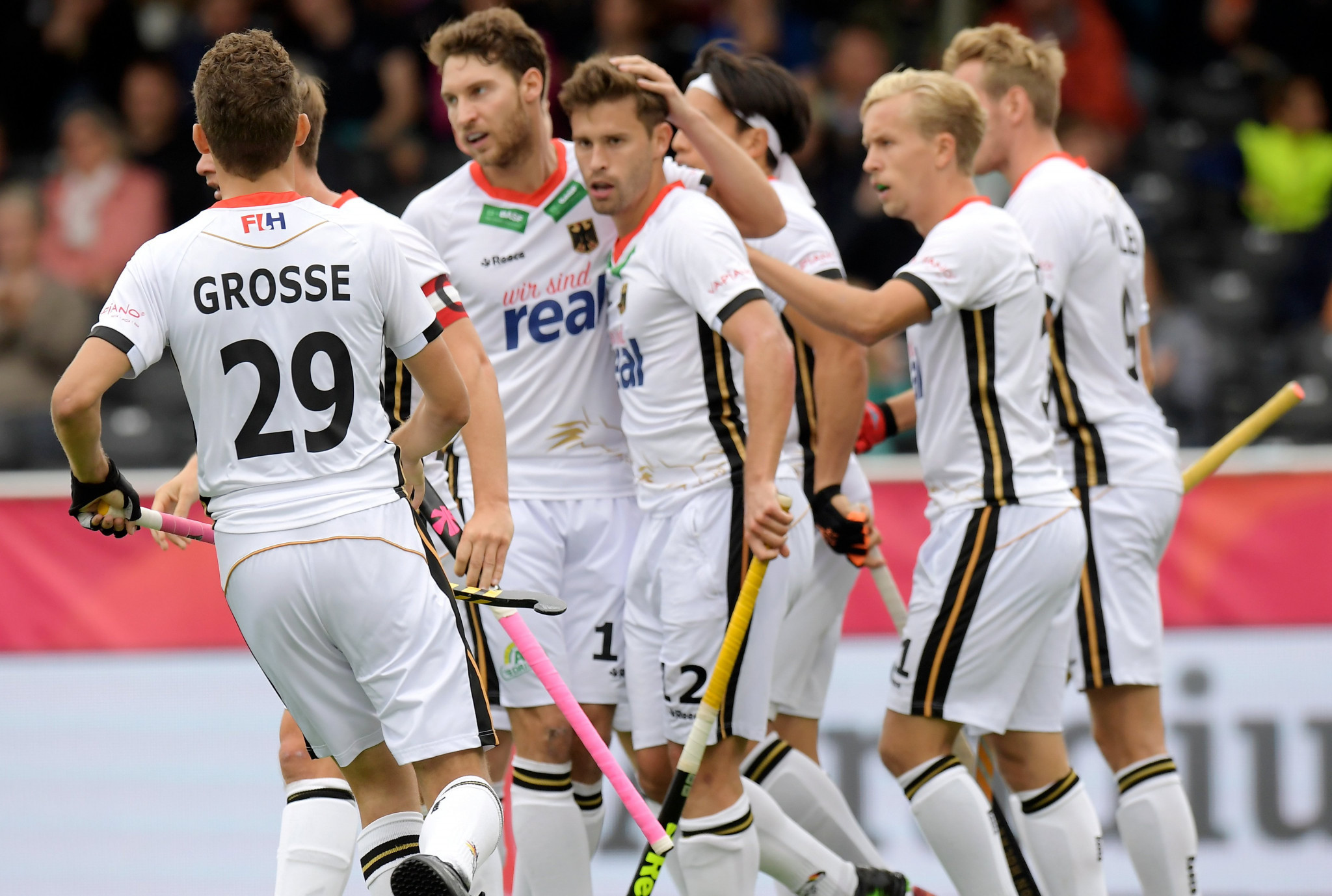 Germany started their men's EuroHockey Nations Championship campaign with a 9-0 thrashing of Scotland in Antwerp.

Timm Herzbruch opened the scoring inside minutes and finished with a hat-trick at Wilrijkse Plein.

Niklas Wellen, Mats Grambusch and Florian Fuchs all scored before half-time as the Germans led 4-0 at the break.

The other match in men's Pool B also saw a huge victory as the Netherlands eased to a 5-1 win over Ireland.

The Dutch, chasing a third successive EuroHockey Championship, made a blistering start with three goals in the first eight minutes from Seve van Ass, Mirco Pruijser and Bjorn Kellerman.

Shane O’Donoghue pulled a goal back before half-time but Kellerman and Pruijser both scored a second after the interval to complete a crushing win.

The Netherlands face Germany tomorrow in what could prove to be decisive in who tops Pool B.

Spain, finally take the lead! A lob over the keeper is converted at the back post by Iglesias #EHC2019

In Pool A, Wales came within two minutes of a famous win against England, only for a late equaliser to deny them victory in a 2-2 draw.

Wales, playing their first game at the top level of men's European hockey for 20 years, trailed to a Sam Ward goal at half-time but took the lead with strikes from brothers Gareth and Rhodri Furlong.

The Welsh looked set for celebration, only for James Gall to snatch a fortunate point for England in the 58th minute.

England will be looking for urgent improvement when they face hosts Belgium tomorrow.

In the women's competition, Spain got their Pool A campaign underway with a hard-fought 1-0 victory over Russia.

Newly promoted Russia held out for 58 minutes before Belen Iglesias broke their hearts with a late winner for the World Cup bronze medallists.

Netherlands and hosts Belgium drew 1-1 in the late Pool A game, while Pool B gets underway tomorrow with Germany against Belarus and England versus Ireland.