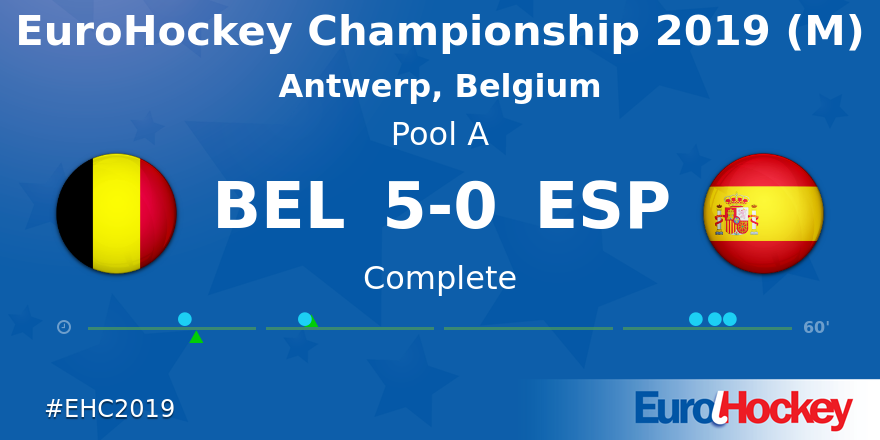 Hosts Belgium made an impressive start to the Men's EuroHockey Nations Championship with a comfortable win over Spain in Antwerp this evening.

A brace from Alexander Hendrickx helped the home nation to a 5-0 victory in the Pool A opener at Sportcentrum Wilrijkse Plein.

Belgium are looking to go one better than their silver medal-winning performance at the last edition of the event in Amstelveen in 2017, when they lost to hosts The Netherlands in the final.

Great disguise from Kina, to slap the ball in at the near post #EHC2019

Action in Antwerp is due to continue tomorrow.

England face Wales in Pool A before Germany meet Scotland and The Netherlands go up against Ireland in Pool B.

The Women's EuroHockey Nations Championship, being held at the same venue, is also scheduled to begin.

Pool B matches are set to take place between Germany and Belarus and England and Ireland prior to Pool A games featuring Spain and Russia and The Netherlands and Belgium.