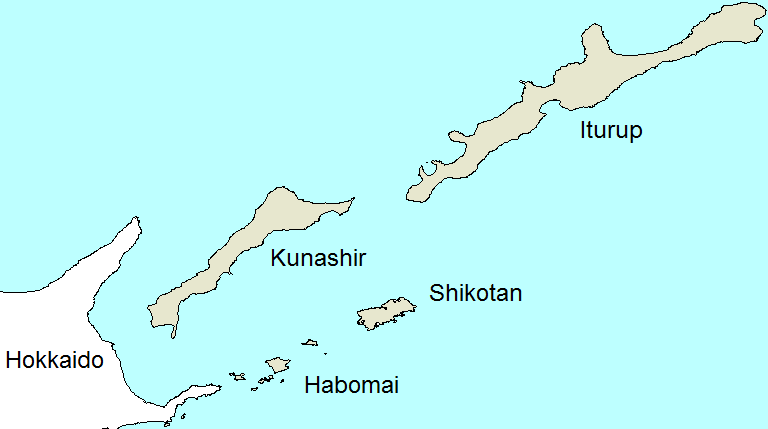 Russia has accused Japan of politicising the Olympic Games after organisers appeared to include some of the disputed southern Kuril Islands on a map of the Torch Relay route.

Foreign Ministry Spokeswoman Maria Zakharova claimed Japan had acted "illegally" by depicting at least three of the islands, which both Moscow and Tokyo lay claim to but, on the map on the official Tokyo 2020 website.

The four southernmost Kuril Islands - Kunashir, Iturup, Shikotan and the rocky Habomai islets - are at the heart of a dispute which has spilled over into the Olympic world.

Japan believes the Islands, which the Government calls the Northern Territories, belong to Tokyo and has been seeking their return since the end of the Second World War.

But Russia, which has jurisdiction, claims the southern Kuril Islands - which stretch between the Japanese island of Hokkaido at the southern end and the Russian Kamchatka Peninsula at the northern end - belong to Moscow and became part of the country after the war.

It has not been resolved since, with both countries claiming it has ownership of the Islands, inhabited by around 19,400 people.

The Tokyo 2020 Torch Relay for the Olympics is due to visit Hokkaido on June 14 and 15.

"These actions are illegal," Zakharova said.

"Besides the legal side of the matter, [adding the islands to Japan’s Summer Games torch relay map] poisons the atmosphere of addressing complicated issues.

"Tokyo’s desire to politicise such an important international sports event as the Olympic Games and Japan’s apparent abuse of the role of the host country of the Games meant to promote the unity of the people is deeply regrettable."