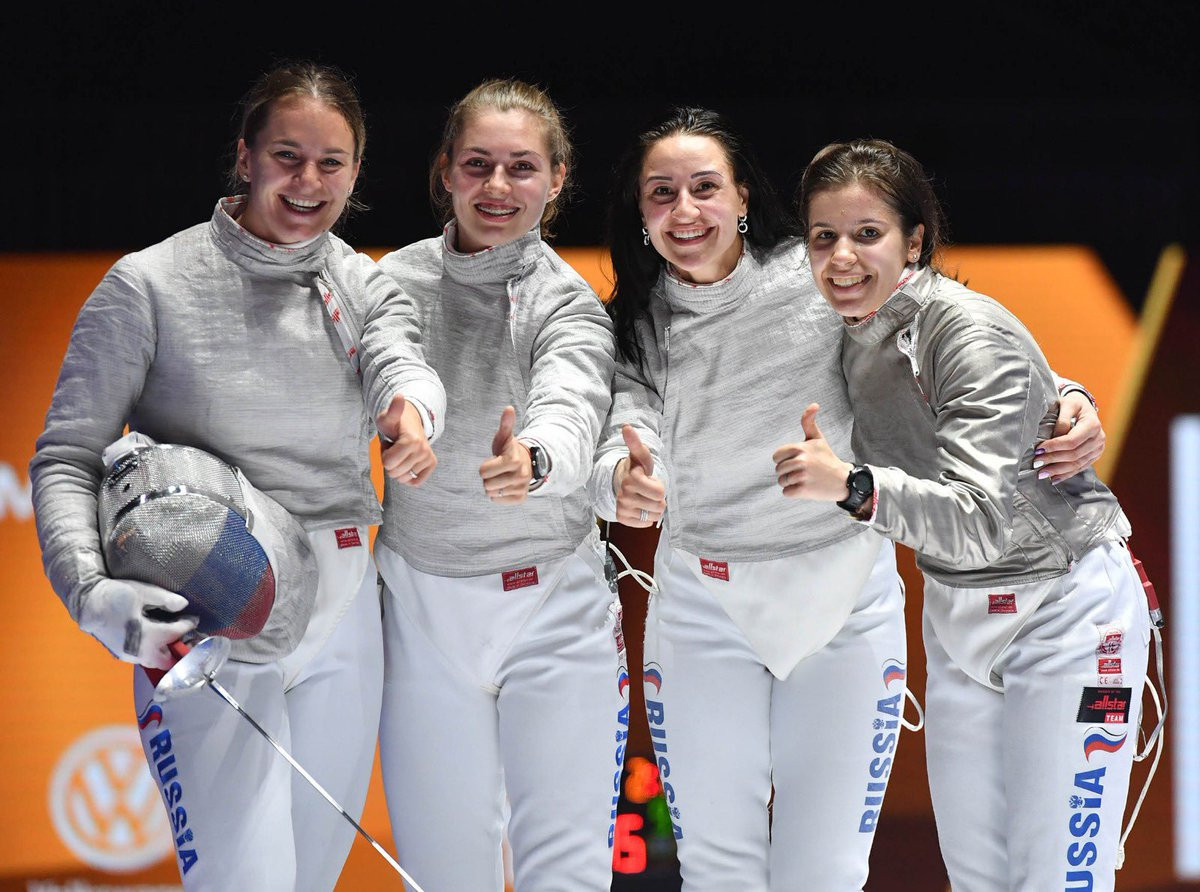 Russia avenged their 2018 final defeat to France to win the women's team sabre event on the last day of the World Fencing Championships in Budapest.

Six of those seven fencers competed for their respective countries at last year's World Championships in Wuxi in China, with Nikitina the only exception.

South Korea replicated their bronze medal-winning performance from 2018 by beating Italy 45-35 in the third-place playoff.

The American side, which also included Miles Chamley-Watson, prevailed 45-32 to improve on their country's silver medal-winning performances in 2017 and 2018 and claim a first world title in the event.

Russia finished top of the overall medal standings with three golds, three silvers and one bronze.