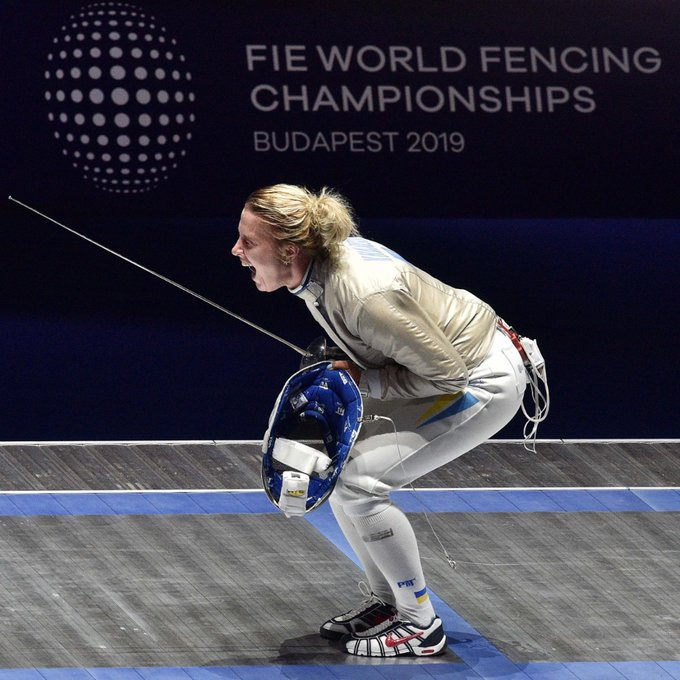 Kharlan cemented her dominance of her discipline with a hard-fought 15-14 win over Russian rival and Olympic silver medallist Sofya Velikaya at YMA Sports and Conference Centre.

It also ensured she enjoyed a happy return to the Hungarian capital, where she won her first individual World Championships gold six years ago.

Pascu and Gkountoura were forced to settle for the bronze medals following their respective semi-final defeats.

Climbing onto the top step of the podium in an individual competition at the World Championships is a familiar feeling for the Ukrainian but the same cannot be said for Lefort.

The world number 10 was a member of the French squad which sealed team gold in 2014 but had never won the solo title until today.