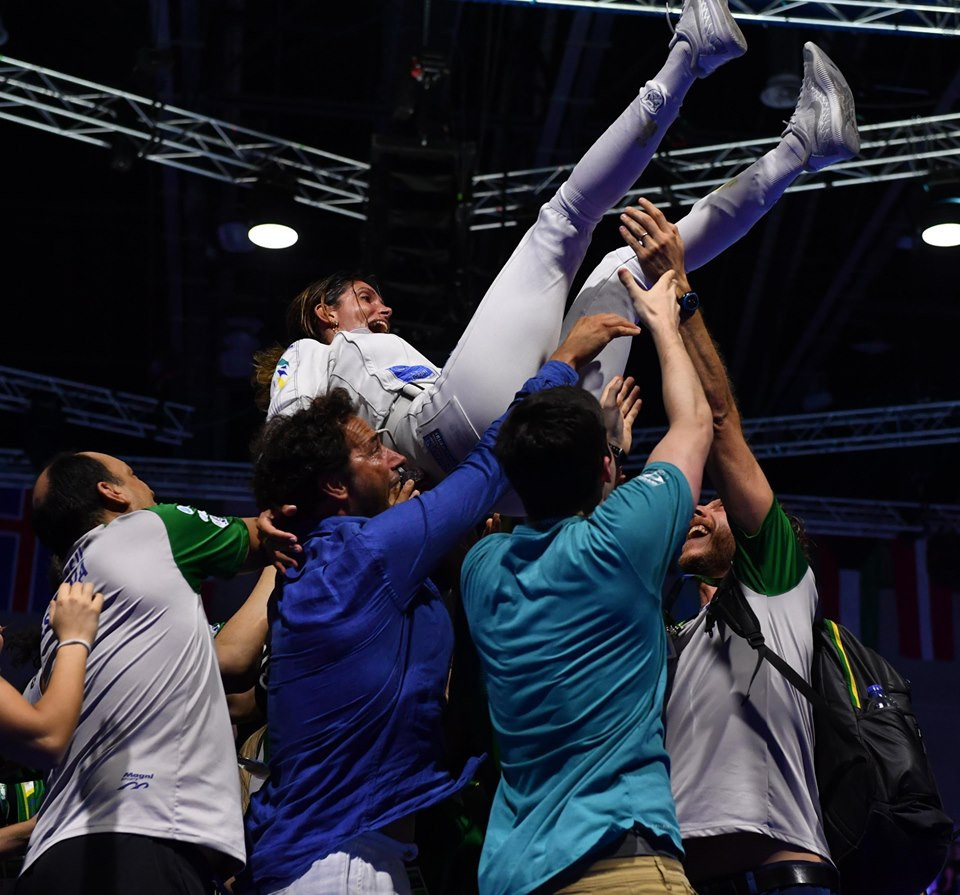 Brazil's Nathalie Moellhausen beat China's Lin Sheng to the women's epée gold medal on the first day of finals at the World Fencing Championships in Budapest.

Moellhausen, the bronze medallist at the 2010 World Championships in Paris when representing her native Italy, triumphed 13-12 in the final at the Hungarian capital's SYMA Sports and Conference Centre.

She had earlier defeated Hong Kong's Man Wai Vivian Kong 15-11 in the semi-finals.

Kong was one of the two bronze medallists along with Ukraine's Olena Kryvytska, who lost 15-14 to Lin in the other last-four encounter.

Top seed and defending champion Mara Navarria of Italy was eliminated at the last-32 stage by Germany's Alexandra Ndolo, while second seed Ana Maria Popescu of Romania fell to defeat at the hands of Kryvytska in the following round.

Curatoli and Abedini were the bronze medallists.

Top seed Eli Dershwitz, the 2018 world silver medallist, crashed out at the quarter-final stage with the American losing to Szatmári.

Action is scheduled to continue tomorrow with the final round in the men’s epée and women’s foil events.