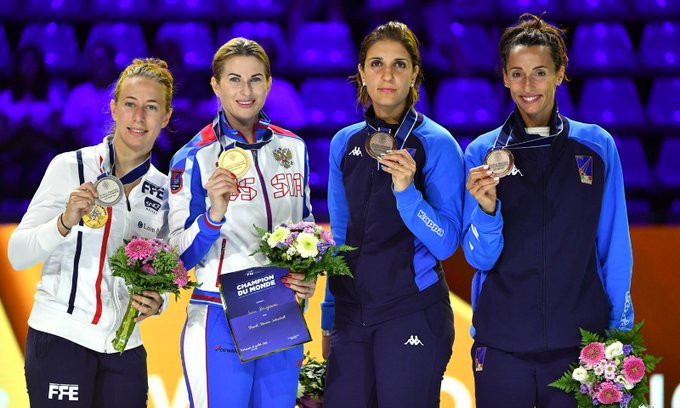 Olympic gold medallist Inna Deriglazova of Russia maintained her dominance of the women's foil event as she retained her title at the World Fencing Championships in Budapest.

The 29-year-old beat French opponent Pauline Ranvier 15-11 in the gold medal bout at SYMA Sports and Conference Centre in the Hungarian capital.

The triumph for Deriglazova saw her clinch her third consecutive world foil crown, adding to her Olympic title and the European gold medal she claimed last year.

She justified her status as the favourite with a composed performance against Ranvier, whose silver was her first individual medal at a World Championships.

The two Italians were forced to settle for bronze following their respective semi-final losses.

Hungary's Gergely Siklósi secured the biggest victory of his career as he won the men's épée title in front of a delighted home crowd.

The 21-year-old defied the odds throughout the competition before he edged out Russia's Sergey Bida 15-14 in a hard-fought final.

Santarelli and Reizlin were the recipients of the bronze medals.