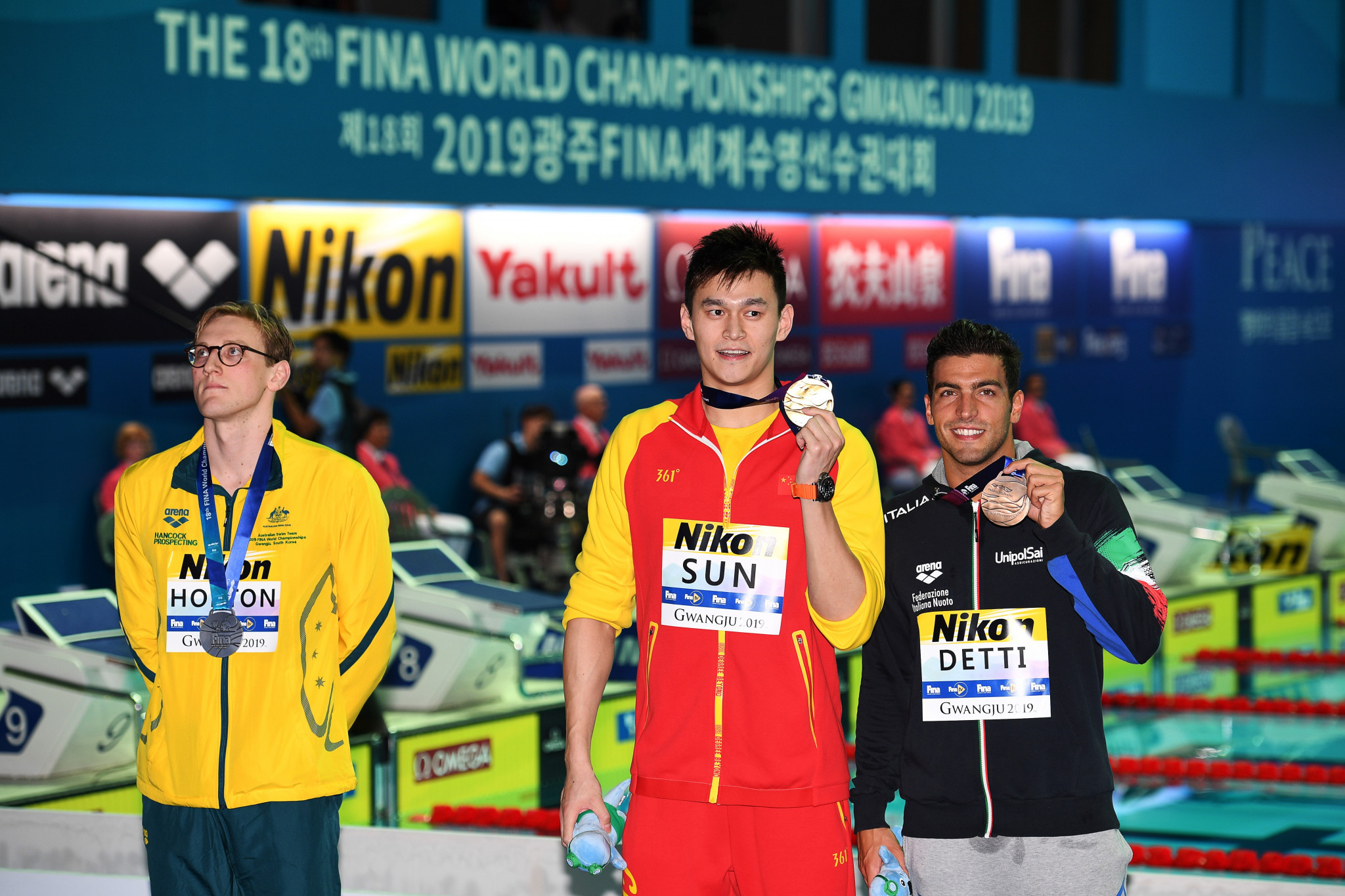 Silver medallist Horton refused to step onto the podium beside Sun, accused of deliberately smashing his blood sample in a row with drugs testers earlier this year.

Horton's protest targeted Sun's freedom to compete in Gwangju, with the case currently being dealt with by the Court of Arbitration for Sport (CAS).

Sun avoided punishment from FINA and its doping panel, instead receiving a warning.

The World Anti-Doping Agency (WADA) filed an appeal against this decision to CAS.

The FINA Executive met in Gwangju earlier today to analyse last night's dramatic events and have issued a warning to Horton.

A FINA statement said: "While FINA respects the principle of freedom of speech, it has to be conducted in the right context.

"As in all major sports organisations, our athletes and their entourages are aware of their responsibilities to respect FINA regulations and not use FINA events to make personal statements or gestures.

"The matter over which Mack Horton was allegedly protesting is currently under review by CAS and therefore it is not appropriate for FINA to prejudice this hearing by commenting further."

Sun's exuberent celebrations with a brimming Chinese and South Korean crowd did not sit well with Horton, loudly booed throughout the medal ceremony by the crowd for his reluctance to step onto the podium.

Speaking to the Chinese press after the race, Sun claimed he was not fazed by Horton's protest.

"It is also okay if you don't respect me personally, but during the victory ceremony, which is the most important event, we all represent our countries, you should stand on the podium, and show your respect to my country China and your country Australia and to the audience."

Australian coach Jacco Verhaeren told The Sydney Daily Herald  the protest was entirely Horton's call and, while he had no idea it was coming, he understood the motivations behind it.

Swimming Australia confirmed they would not respond publicly to FINA's warning letter.

Horton could face Sun again in the 800m freestyle final on Wednesday (July 24).

Two-times Olympic champion Lilly King has been another outspoken critic of the Chinese swimmer's participation in Gwangju and she may find herself in hot water with FINA after some damning comments of her own.

The American told reporters that the dining hall erupted in applause for Horton when he returned to the Athletes' Village last night.