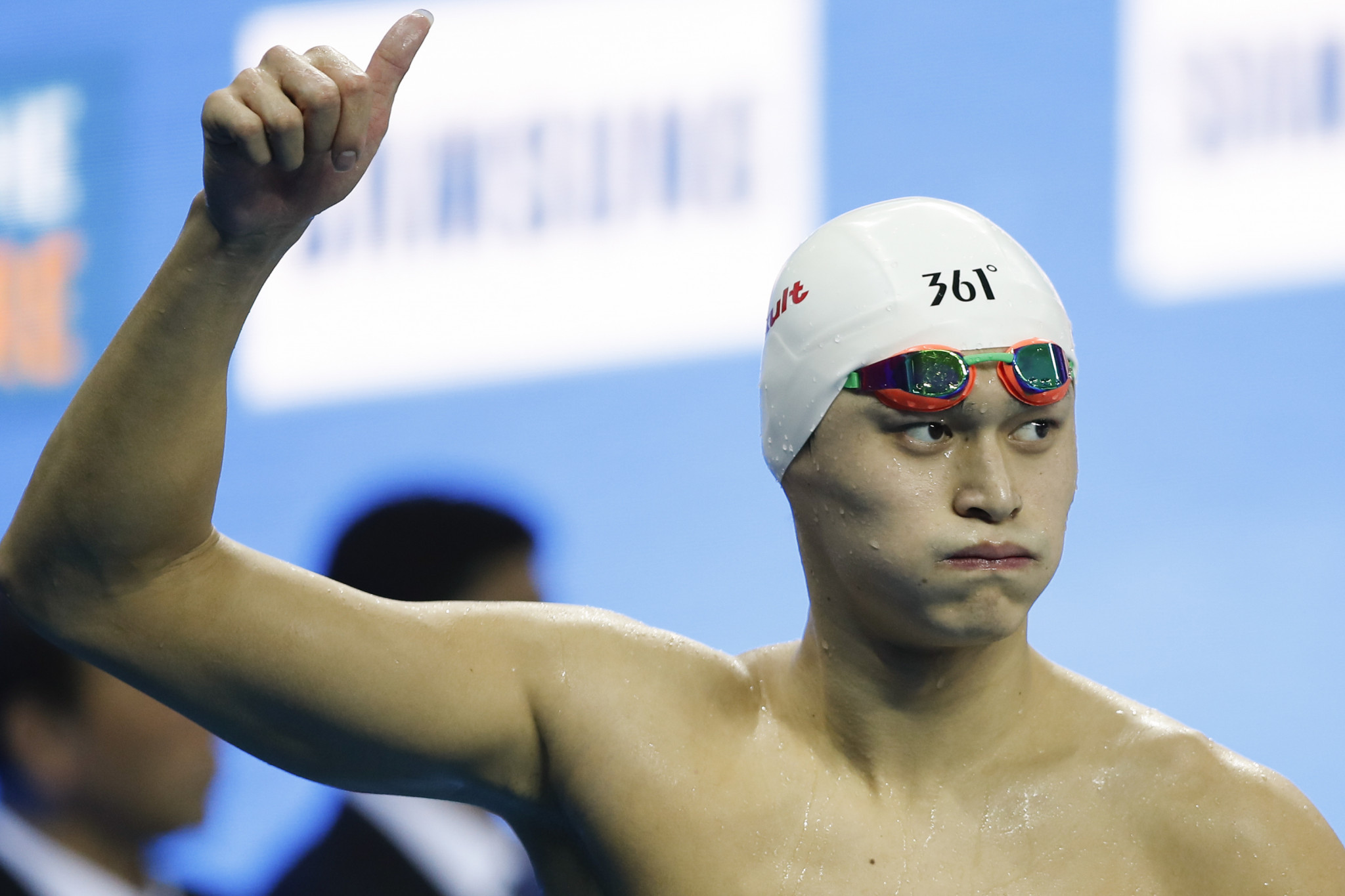 Olympic swimming champion Sun Yang has denied reports that his own blood samples were smashed during a row with anti-doping testers.

British Newspaper The Sunday Times has claimed that three-time Olympic champion Sun and his security guard used a hammer to destroy a sealed vial containing the swimmer's blood, after questioning the authenticity of the tester's identification card.

The International Swimming Federation (FINA) has already ruled in Sun's favour on the matter.

According to the reports, a nurse and other anti-doping officials sent to collect blood and urine from Sun arrived at his house in Zhejiang province in China, before reportedly being told to wait outside as the 27-year-old was not home.

When the reigning Olympic 200 metre freestyle champion arrived a vial of blood was allegedly taken at a nearby clubhouse, although The Sunday Times has claimed Sun then objected to the ID card of the chaperone, reportedly claiming it did not sufficiently prove they were an anti-doping official.

According to reports he also refused to provide a urine sample and repeatedly left the control room to pass urine, which would be in breach of anti-doping protocol.

As the dispute escalated Sun's mother ordered a security guard to get a hammer and smash the vial containing the blood, The Sunday Times has claimed.

What an extraordinary story

If this story is even half true his career is over.

When the anti-doping nurse then attempted to take notes on the situation, it is reported that Sun then took her notepad and ripped it up.

It is said the anti-doping officials eventually left empty-handed.

Sun has denied the claims and his lawyers have threatened legal action against The Sunday Times, but the World Anti-Doping Agency (WADA) are reportedly "furious" about the case after FINA ruled in the Chinese's favour.

Sun's lawyer Zhang Qihuai told Xinhua the reports were "untruthful" and a "great deal" of evidence had been sent to FINA to prove no wrongdoing had taken place.

In front of a FINA panel looking into the events, the head of the Zhejiang Anti-Doping Centre Dan Zhaoqi reportedly backed up Sun's claim that the nurse's paperwork was inadequate, which FINA accepted.

However, Zhaoqi was reportedly not at the scene.

Sun has a history of anti-doping rule violations, having been banned for three months in 2014 after testing positive for the prohibited substance trimetazidine.

WADA have reportedly asked for more details on the case and are considering action at the Court of Arbitration for Sport, though having been contacted by insidethegames they declined to comment on the story.

insidethegames has also contacted FINA for comment, but they are yet to respond.