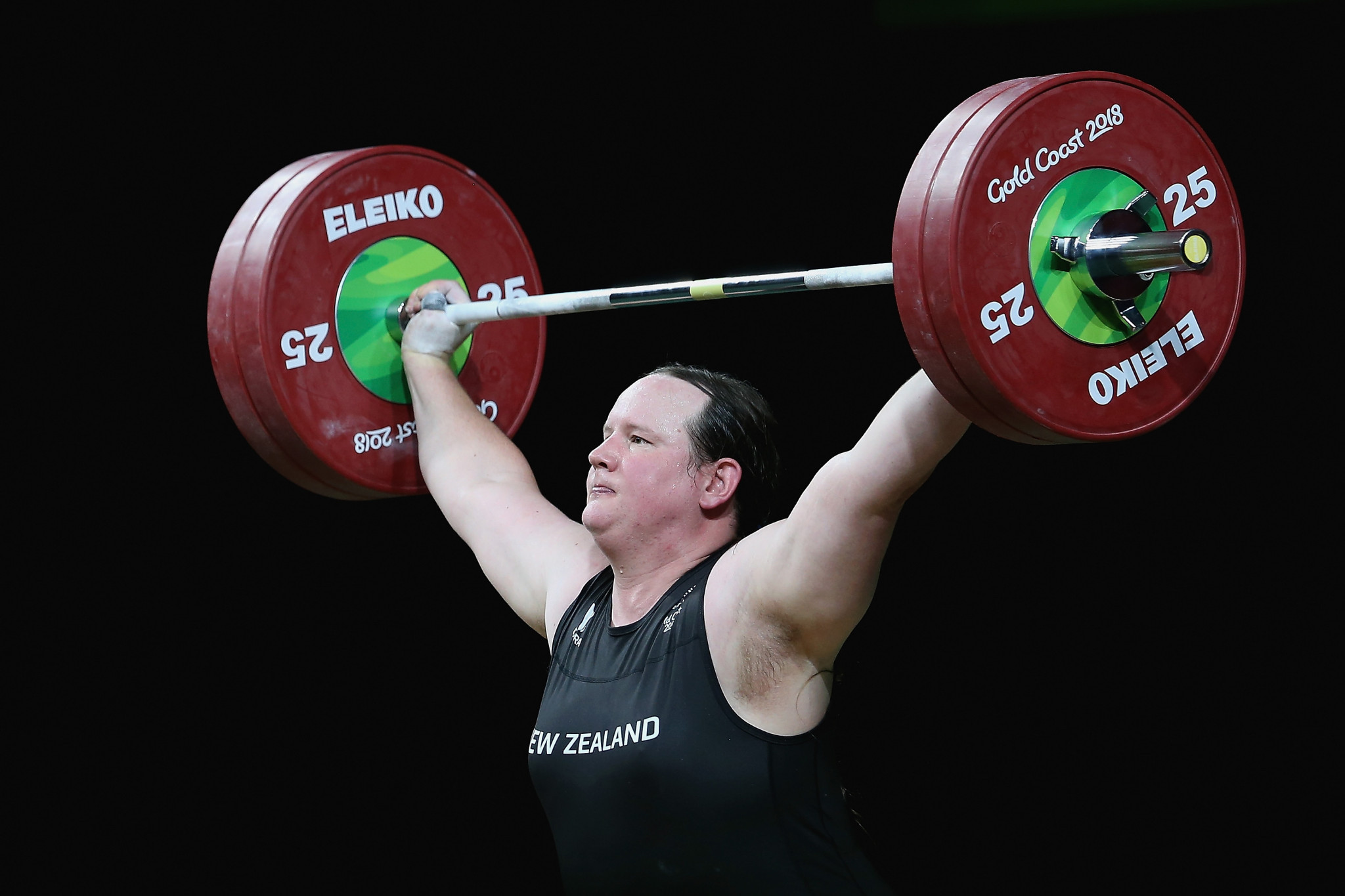 Hubbard won the overall title with a lift of 268kg in front of the Samoan lifters, with Stowers and Sipaia completing the podium on 261kg and 255kg.

There was a cheer from the local crowd when Hubbard failed at a final clean and jerk lift, enabling Sipaia to take the gold medal in the discipline.

Hubbard, who won the snatch here, responded by blowing a kiss and waved to the crowd before departing the competition platform.

The 41-year-old's first medal winning performance since being forced to withdraw mid-competition with injury at the Gold Coast 2018 Commonwealth Games has reignited the debate over her eligibility.

Hubbard is eligible to compete because she passed the International Olympic Committee (IOC) criteria for transgender athletes.

This involves proving her testosterone levels stayed below certain levels in the 12 months leading up to the event.

Loau told the Samoa Observer the Pacific Games Council are obliged to follow rules set out by the IOC and the International Weightlifting Federation (IWF).

He claimed, despite this, that the decision to allow Hubbard to compete was "unfair" and the reaction has been "understandable".

"They have allowed New Zealand transgender weightlifter Laurel Hubbard to lift in the women's category and there is nothing we can do about it," Loau said.

"We all know that it is not fair to the women lifters but that is a reality we face in the world of sports.

"The rules have changed and we cannot deviate from these rules.

"The IOC and IWF do not discriminate against transgender athletes and while this may be hard to accept, we must learn to adapt to these rules because it will not change for anyone."

Loau then reportedly claimed Samoa should "utlise the opportunity" by inviting transgender Samoans and Fa'afafines to join the country's weightlifting team.

Fa’afafine have been an integrated part of Samoan culture for centuries.

The non-binary term roughly translates as someone who lives "the way of a woman".

Hubbard, who became the first New Zealand athlete to win a medal at the Weightlifting World Championships in 2017, is seeking to qualify for the Tokyo 2020 Olympics.

This requires competing in six international events over an 18-month period.

The Pacific Games took Hubbard to two events as she also contested the Arafura Games earlier this year on her return from elbow surgery.

Hubbard participated in the Games fresh from name suppression being lifted after she was charged with careless driving causing injury.

It came after her vehicle fishtailed on a sharp bend near Queenstown in October 2018.

Hubbard pleaded guilty in January to the charge and had to pay a five-figure fee in compensation.

Her car collided with another vehicle which was carrying an Australian tourist couple in their 60s.

The driver suffered a spinal injury and was hospitalised for 12 days in Dunedin.

He also had to undergo surgery to correct the injury when he returned home.

Hubbard's name had been kept out of the public domain, however, because the judge ruled it could not be revealed until September 30 this year because the "publication of Hubbard's name at that point would be likely to cause extreme hardship" and damage her bid to qualify for next year's Olympic Games in Tokyo.

The case only came to light last week when New Zealand media company Stuff Ltd successfully applied to the High Court in Invercargill to overturn the suppression orders.

Samoa 2019 has also seen the participation of American Samoa's Jaiyah Saelua, who in 2011 became the first player recognised as transgender to play in a FIFA World Cup qualifier.

Saelua officially started his transgender transition after the World Cup qualifiers and has been part of American Samoa's men's football team at the Games.

The 30-year-old, who helped American Samoa end a 36-year losing streak at the Games by drawing 1-1 with Tuvalu, claimed the region accepts minorities.

"This time, the supporters who understand the concept of fa’afafine, the officials and coaches of other teams are encouraging," Saelua told the Pacific Games News Service.

"It makes me feel proud to be a part of the Pacific region where this third gender is accepted, encouraged and celebrated.

"If you have a passion to play football, go out and play.

"We live in a community and a society that accepts minorities, and we are a minority in the world.

"Even in our region we face discrimination but the positive always outweighs the negative at home, and we are home.

"Whatever people say about you, be proud of it, and use it to motivate you to be the best you can be."