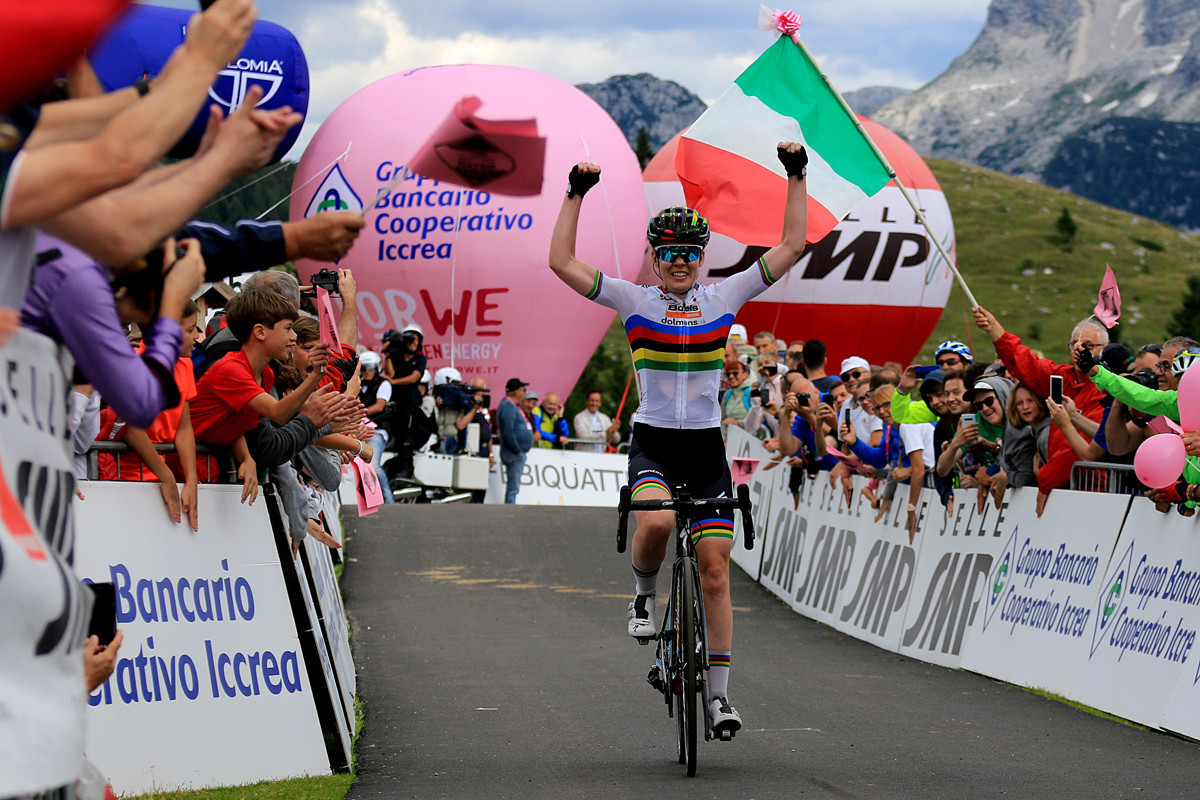 Annemiek van Vleuten is set to retain her title in the Giro Rosa even after she suffered defeat to Dutch team-mate and closest rival Anna van der Breggen in the penultimate stage today.

Van Vleuten and van der Breggen had broken away from the peleton in the last seven kilometres of the 125.5km mountain stage from Gemona to Chiusaforte in this International Cycling Union Women's World Tour event.

Mitchelton-Scott rider van Vleuten then opened up a gap on her rival from Boels-Dolmans with four kilometres remaining.

She never got a commanding enough lead, however, and van der Breggen attacked in the last 800 metres to pass van Vleuten and win the stage in 3 hours 26min 27sec.

Even though world champion van der Breggen managed to put 17 seconds between herself and van Vleuten, it is unlikely to affect the overall result.

The final 120km flat stage from San Vito al Tagliamento to Udine tomorrow will see 36-year-old van Vleuten line up with a 3min 50sec advantage over van der Breggen in the general classification.