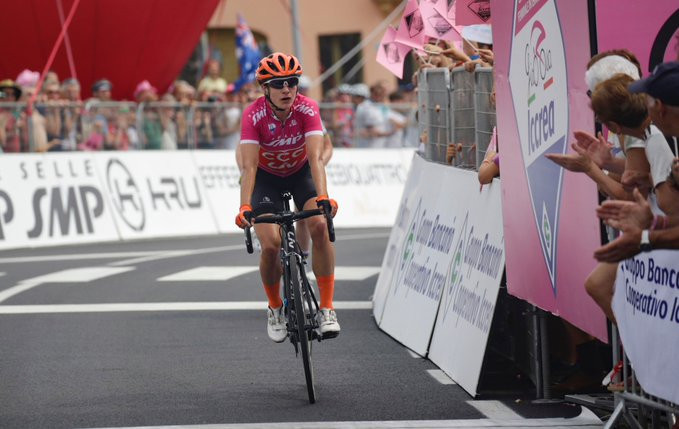 Marianne Vos of the Netherlands secured her third stage victory as compatriot Annemiek van Vleuten maintained her overall lead at the Giro Rosa.

Vos, who rides for the CCC Liv team, won stage seven of the Women's Giro d'Italia as she completed the 128 kilometres journey from Cornedo Vicentino to Fara Vicentina/San Giorgio di Perlena in 3hr 19min 33secs.

Borghini finished ahead of defending champion van Vleuten, who kept her overall lead in the race for the general classification.

The 36-year-old van Vleuten is 4min 8sec in front of the rest of the field at the top of the standings, with van der Breggen her nearest challenger in second.

"I knew today was just about getting safely to the finish," the race leader said.

"I tried to set it up for my team mate Amanda Spratt in the last kilometre, she’s being doing a great job for me this week.

"It was a good day for us, I was never in trouble, never in the front in the wind and never spending too much energy, but you have to stay focused until the finish line and that’s what I did with the team today."

The race continues with the eighth stage, a 133km route from Vittorio Veneto to Maniago, tomorrow.