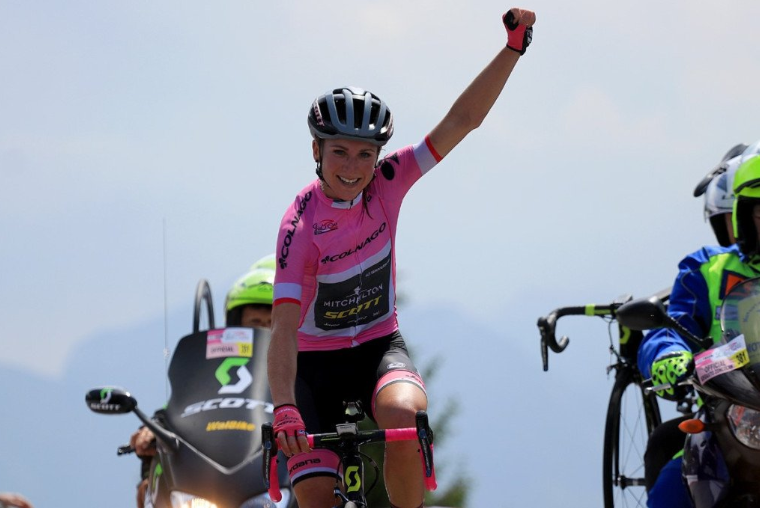 Annemiek van Vleuten confirmed her first Giro Rosa win in style today as she crossed the line first in the tenth and final stage around Fruili.

It was the third stage victory of the women's Giro d'Italia for the world road race champion from The Netherlands, who rides for Mitchelton-Scott.

The 35-year-old Dutch rider, who carried an overall lead of 3min 35sec into the final stage after winning the penultimate test, a steep climb to the summit of Monte Zoncolan, attacked with five kilometres remaining.

Her effort proved irresistible as she rode solo to the line in front of Lucinda Brand, of Sunweb, and Kasia Niewiadoma of Canyon-SRAM to claim overall victory in this International Cycling Union Women's World Tour event.

An early break had been caught on the opening slopes of the day's only classified climb, giving way for a group of ten - including Van Vleuten - to push the pace.

The same group crested the climb out front, dropping on to the descent, before the Dutch rider made her winning move.