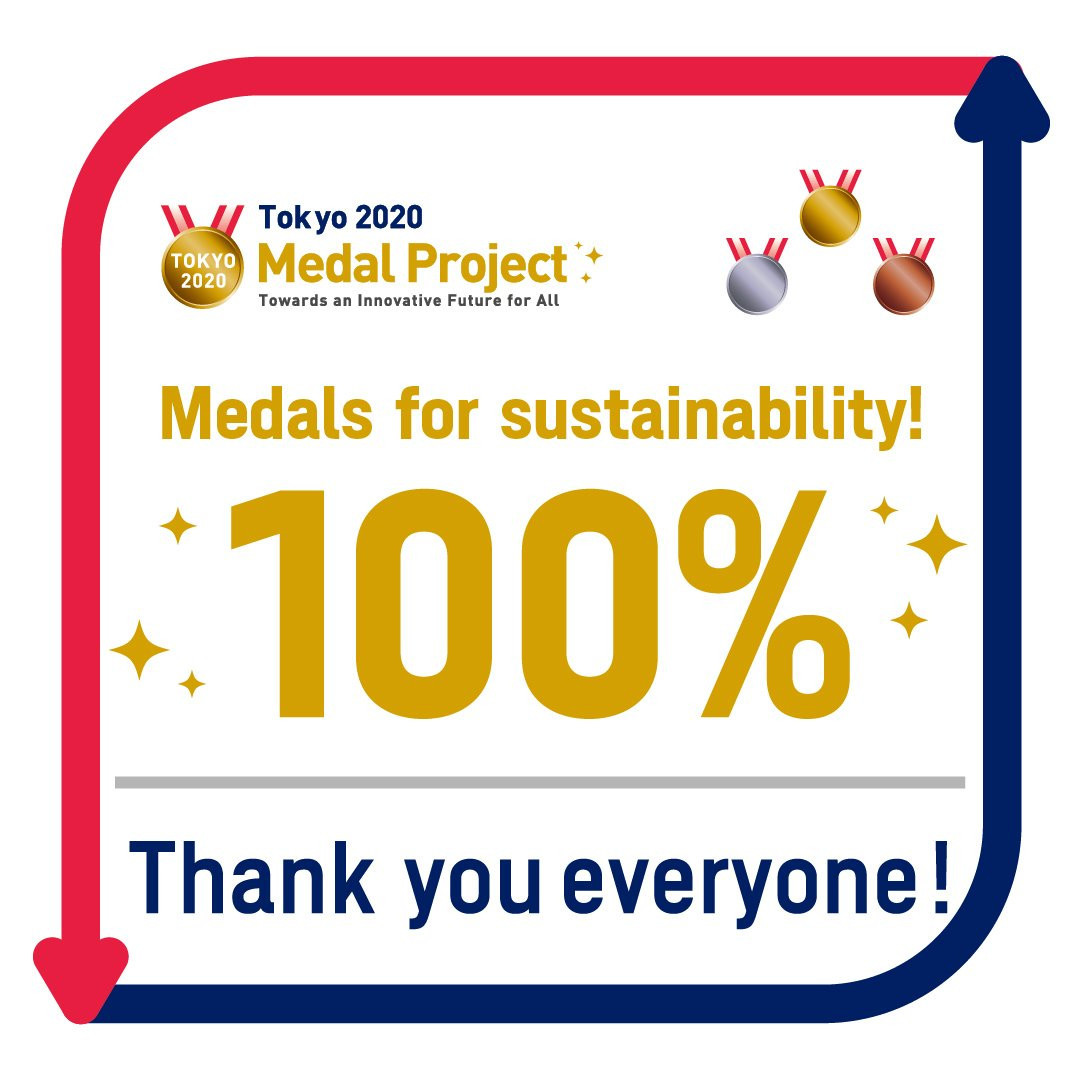 Organisers confirmed the metal needed had been collected and refined from mobile phones and other small electronic devices following the conclusion of the two-year campaign.

A total of 78,985 tons of used mobile phones and other small electronic devices were collected by municipal authorities, Tokyo 2020 added.

This include 6.21 million mobiles handed in to collection centres in about 2,300 NTT DOCOMO shops.

The Organising Committee initially said it required 4,100kg of silver and 2,200kg of bronze.

The campaign lasted for 2 years. More than 78,985 tons of electronic devices & 6+ million smartphones were collected.

Here's a video from 2017, when the project was launched pic.twitter.com/h6whiAY8Vt

Silver was the metal needed most by Tokyo 2020 as it will be used in the manufacture of the gold medals.

Under International Olympic Committee rules, a gold medal must be made by using silver as a base material with at least six grams of pure gold plated onto it.

In May of last year, it was claimed Japan was facing a shortage of silver.

The collection campaign began in April 2017 and concluded on March 31 this year.

Tokyo 2020 announced earlier this month that the medal podiums at next year's Olympic Games will be made from recycled waste as part of its sustainability drive.

Around 45 tonnes of plastic would be needed to create the 100 podiums for the Games.

It is the first time the Olympic podiums will be made from recycled materials.