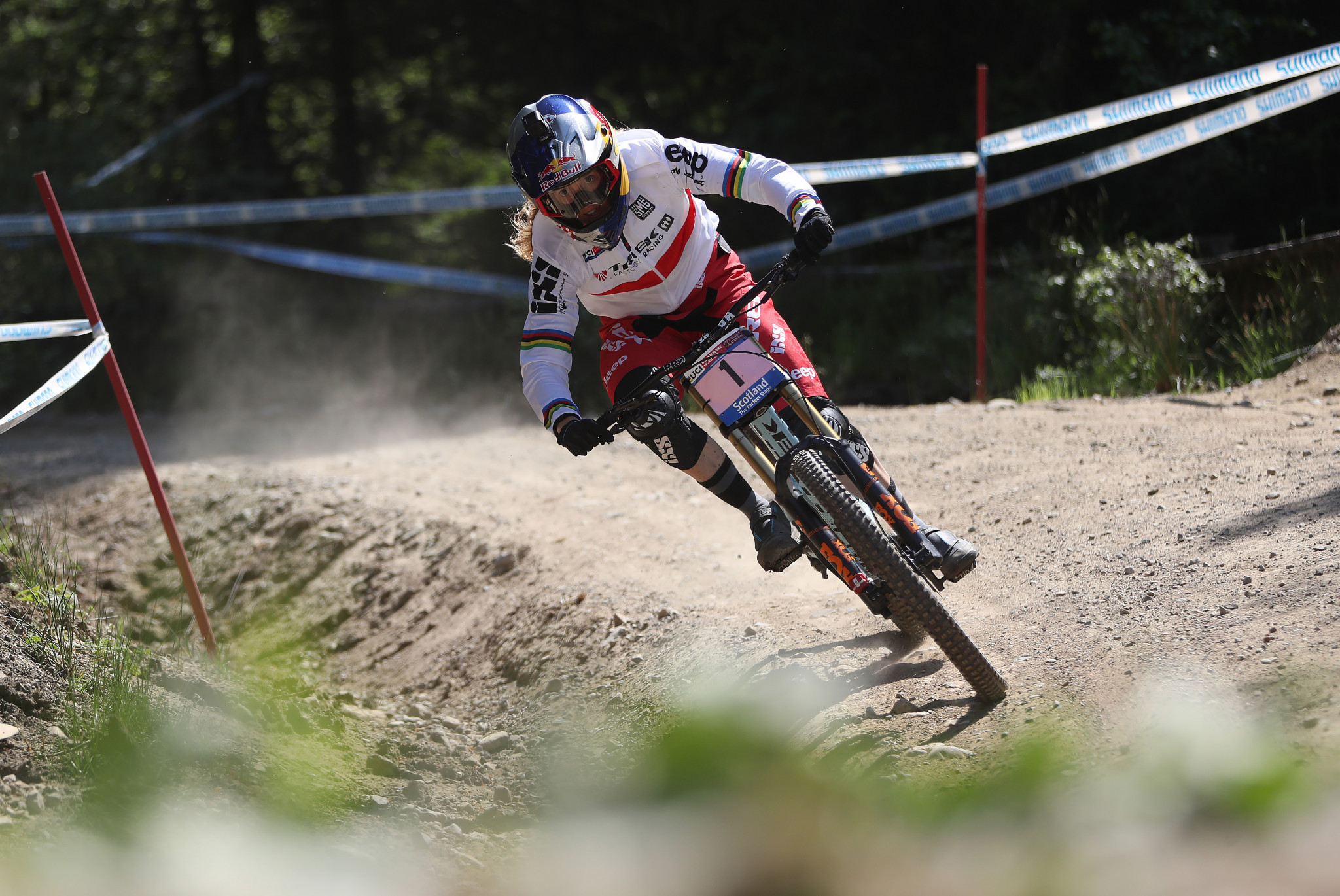 Bruni clocked a time of 4min 11.055sec to triumph ahead of compatriot Loris Vergier, who was 0.423 seconds slower.

Bruni now holds a 65-point advantage over Brosnan at the top of the overall World Cup standings.

France’s Marine Cabirou was 2.497 seconds back in the runners-up spot, while Australia’s Tracey Hannah was 7.131 seconds behind in third.

Nearest challenger Atherton has 730 points with Cabirou third on 640.

In cross-country, there were victories for Switzerland's Nino Schurter in the men's event and The Netherlands' Anne Terpstra in the women's competition.

Schurter edged fellow Swiss Mathias Flueckiger by 0.02 seconds with a time of 1:19.34.

Schurter leads the overall World Cup standings with 835 points, followed by Flueckiger with 755 and Dutchman Mathieu van der Poel, who skipped the event, with 700.

Switzerland's Jolanda Neff was 0.38 seconds behind in second, while Ukraine's Yana Belomoina was a further 0.13 seconds back in third.

She is being chased by Neff with 815 points and Terpstra with 645.

Cross-country short circuit races were also held earlier this weekend with Avancini winning the men's in 21:07 and Neff the women's in 22:40.

Schurter and France's Maxime Marotte were second and third respectively behind Avancini, both posting a time of 21:08.

Neff was followed in the standings by fellow Swiss Alessandra Keller and Courtney in 22:41.

The next leg of the UCI Mountain Bike World Cup season is due to take place in Les Gets in France from Friday (July 12) to Sunday (July 14).