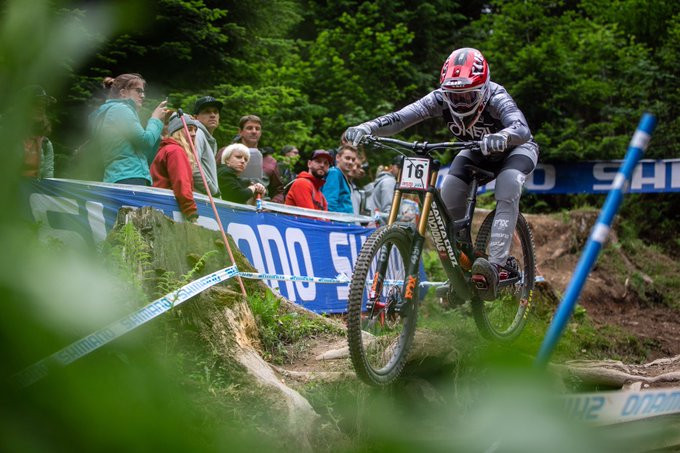 The 37-year-old was 0.166sec faster than Vergier, who finished first in qualification last weekend in Fort William but could only manage third in the final.

Overall leader Troy Brosnan of Australia was third in 3:21.052.

Brosnan's compatriot Hannah was quickest in women's qualification as she completed the course in 3:44.492.

Hannah, who also topped the qualifying round in Fort William, was 0.588 ahead of world champion Rachel Atherton of Britain.

Atherton occupies top spot on the women's leaderboard on 430 points.

She is followed by Hannah, who had to settle for second place in Fort William, on 400 points, while France's Marine Cabirou is third on 290.