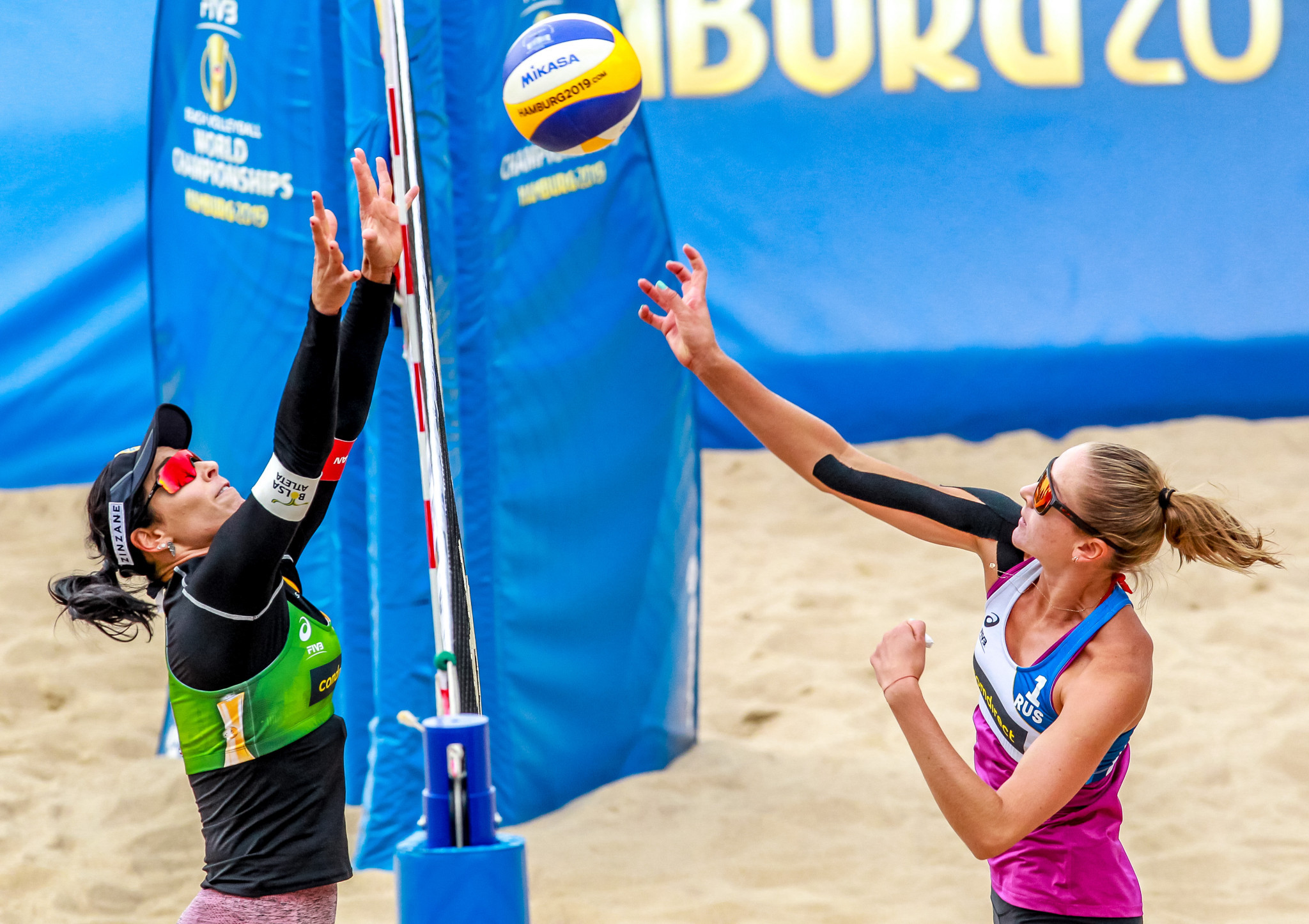 Svetlana Kholomina and Nadezda Makroguzova of Russia stunned Brazil's Agatha Bednarczuk and Eduarda Lisboa to reach the quarter-finals of the women's event at the Beach Volleyball World Championships in Hamburg.

The result saw Kholomina and Makroguzova progress to the last eight at the expense of Bednarczuk and Lisboa, seeded sixth for the tournament in the German city.

The Australian pairing booked their quarter-final place with a 21-16, 21-23, 15-9 win against Switzerland's Anouk Vergé-Dépré and Joana Heidrich.

Alix Klineman and April Ross of the United States, the fifth seeds, are also through after they defeated Latvia's Tina Graudina and Anastasija Kravcenoka 21-11, 21-18.

"It took us a lot of control to come out on top in the third set, both in controlling our actions and our emotions," said Makroguzova.

"They had a match point when Duda had a great serve, but we remained calm and just focused on the next play.”

There was another high-profile casualty in the men's tournament as Evandro Goncalves and Bruno Oscar Schmidt of Brazil crashed out.

Evandro and Schmidt, both former world champions with different partners, were beaten 21-19, 21-18 by the American pair of Billy Allen and Stafford Slick.

Brazilian team mates Andre Loyola and George Wanderley had no such trouble as they overcame Aleksandrs Samoilovs and Janis Smedins of Latvia 17-21, 21-15, 17-15.