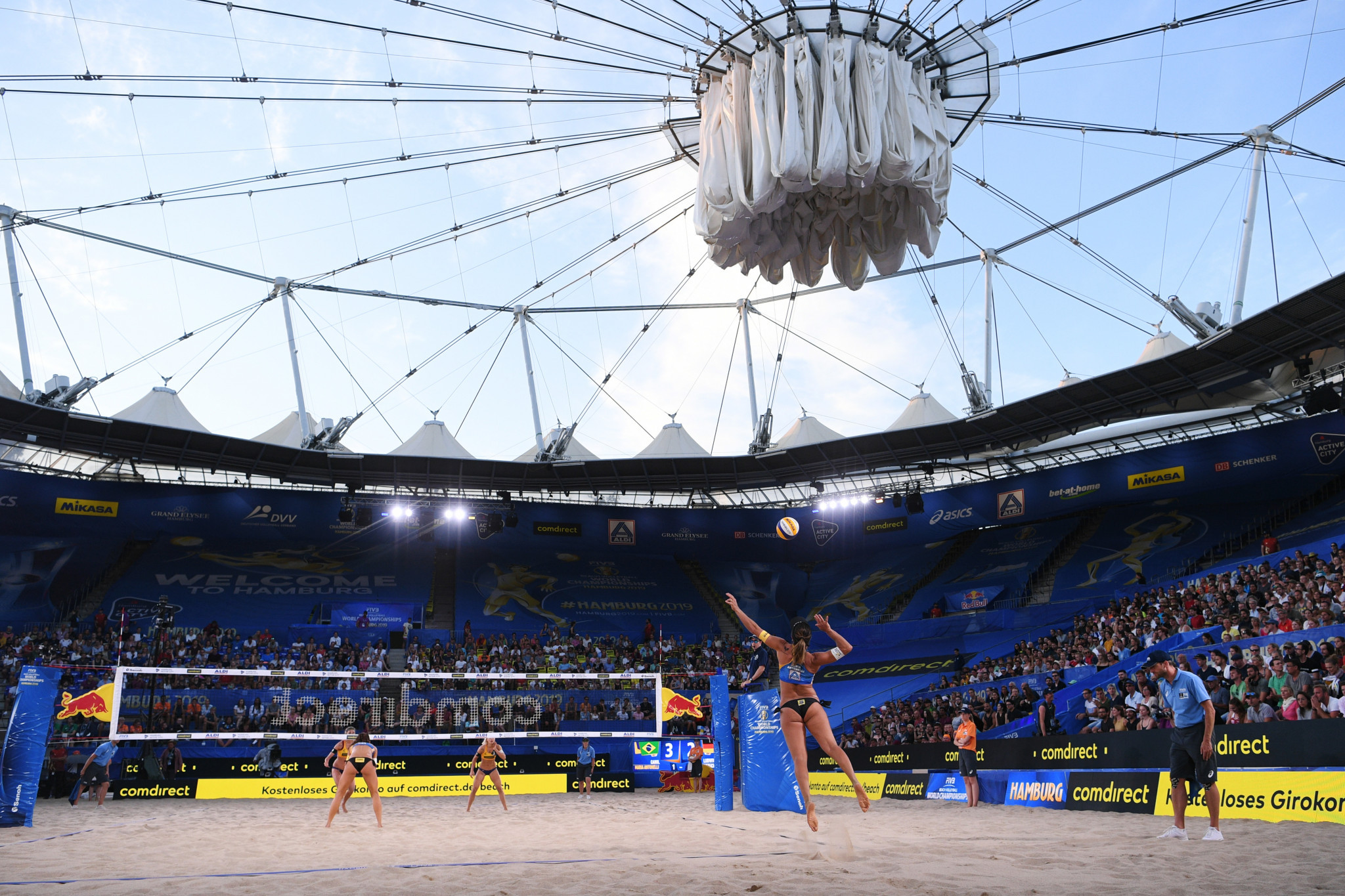 Ágatha is seeking a second world title having triumphed at the 2015 event in The Netherlands.

Having combined with impressive effect alongside her team-mate Duda, the prospect of further success could be on the cards at  at the Am Rothenbaum Stadium.

The duo are yet to drop a set at the tournament as they emerged as comfortable winners in a top of the table clash against China’s Xia Xinyi and Wang Fan.

United States’ Sara Hughes and Summer Ross effectively sealed their place in the knock-out stage with a second win in Pool K.

Hughes and Ross earned a 21-19, 21-13 win over China’s Zeng Jinjin and Lin Meimei to top the standings ahead of their final group match tomorrow.

Fun Fact: Brazilian pairs are a perfect 14-0 at #Hamburg2019#FIVBWorldChamps pic.twitter.com/ezhFtRGOTV

In the men’s competition Aleksandrs Samoilovs and Jānis Šmēdiņš of Latvia booked their place in the last 32 with a match to spare.

The duo overcame Adrian Heidrich and Mirco Gerson of Switzerland 21-19, 25-23 in Pool K.

They will be joined by Canada’s Sam Pedlow and Sam Schachter in the next round after the duo won 21-17, 21-15 against Chile’s Ignacio Zavala and Gaspar Lammel today.

Samoilovs and Šmēdiņš are set to take on the Canadians tomorrow to determine the pool winners.

The group stage of the competition is due to take place until Wednesday (July 3).

Quarter and semi-final matches are scheduled to be staged on Saturday (July 6), with the medal matches held the following day.