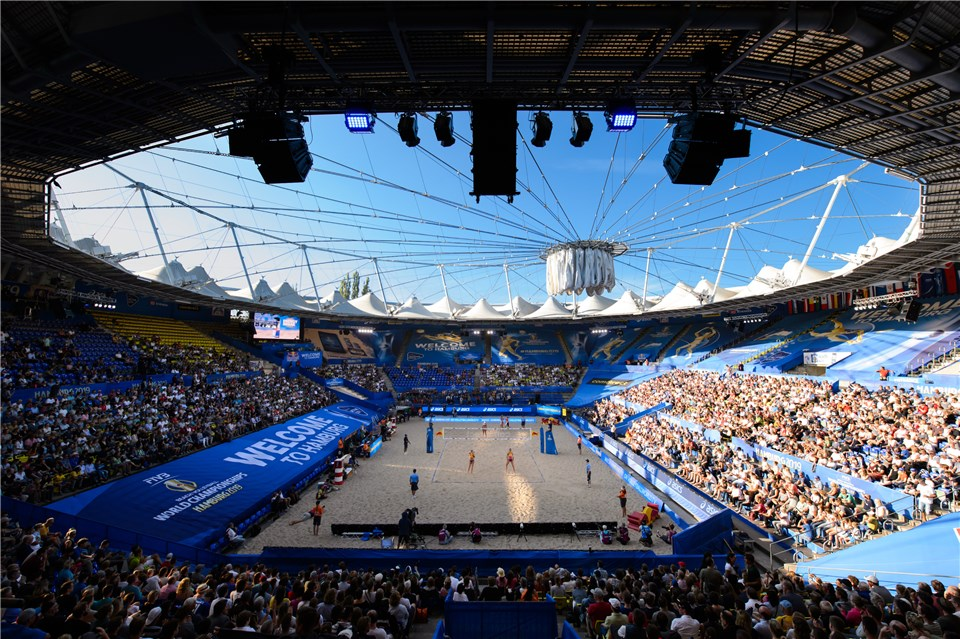 Norway’s Anders Mol and Christian Sørum eased into the knock-out stage of the Beach Volleyball World Championships after winning their second group match in Hamburg.

The world number one ranked pairing triumphed in straight sets in their opening match two days ago at the Am Rothenbaum Stadium..

Mol and Sørum were untroubled by the local pairing of Jonathan Erdmann and Sven Winter of Germany today in Pool A.

The Norwegians clinched a 21-10, 21-16 victory over the German pair to secure their place in the last 32 with a match to spare.

Brazil’s Pedro Solberg and Vitor Felipe joined the tournament favourites in progressing, with the duo clinching a 21-12, 21-16 triumph against Cuba’s Sergio Gonzalez and Luis Reyes.

The top two teams are set to meet in their final pool match on Tuesday (July 2) as they seek to top the standings.

Italy’s Paolo Nicolai and Daniele Lupo also ensured their place in the last 32 as the duo earned their second Pool H win.

They were 21-15, 21-13 winners over Belgium's Robin Seidl and Phillipe Waller today.

Brazil’s Andre Stein and George Wanderley also advanced from Pool H, courtesy of a 21-13, 21-11 triumph against Delcio Soares and Aldevino Nguvo of Mozambique.

In the women’s competition Ágatha Bednarczuk, the 2015 world champion, progressed into the knock-out phase with Eduarda Santos Lisboa.

The Brazilians were 21-13, 21-18 winners against Japan’s Miki Koshikawa and Megumi Murakami today.

China’s Xia Xinyi and Wang Fan also advanced due to their opponents Leila Martinez and Mailen Deliz of Cuba having to withdraw.

The group stage of the competition is due to take place until Wednesday (July 3).

Quarter and semi-final matches are scheduled to be staged on Saturday (July 6), with the medal matches held the following day.