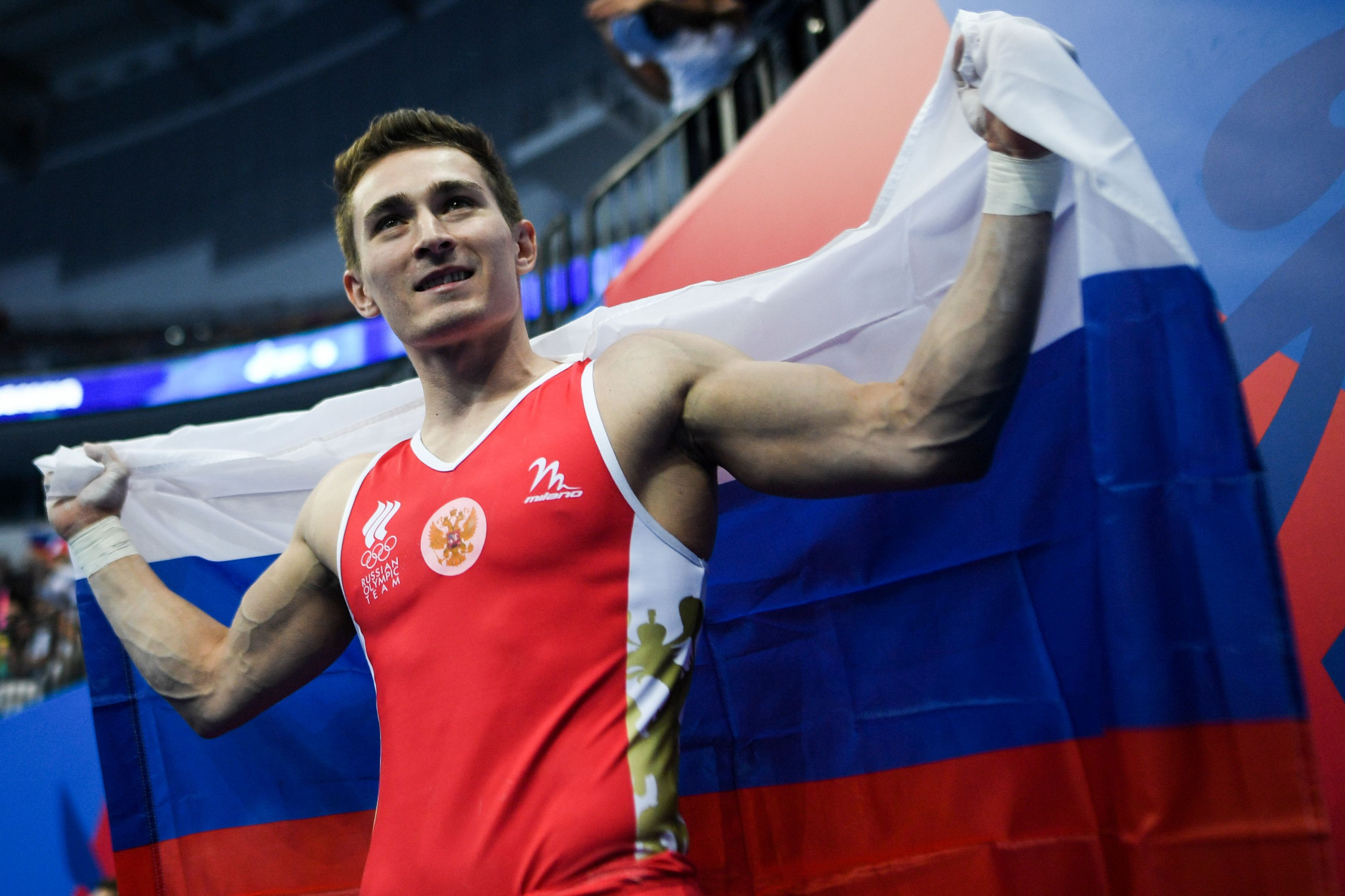 Russia, boosted on the final day of the European Games by more golds from the likes of all-round artistic gymnastics champion David Belyavskiy and track cycling women’s sprinter Anastasiia Voinova, finished with almost twice as many medals - and golds - than its nearest challenger - hosts Belarus.

Russia’s final total at the end of 10 days of competition here in the Belarus capital was 109 medals, of which 44 were gold, 23 silver and 42 bronze.

Of the 50 competing nations, 43 made it onto the medals table - with 43rd place being filled by San Marino, winners of a bronze in the wrestling.

Belyavskiy triumphed in the men's pommel horse event on a day of medal opportunities on individual apparatus at Minsk Arena.

Voinova won the women's sprint gold in the Minsk Arena, defeating France's Mathllde Gros in two races, with the latter finishing 0.810 and 0.056 seconds behind.

Bronze medal went to Voinova's compatriot Daria Shmeleva, who beat Shanne Braspennincx of The Netherlands in their third and deciding race, with the Dutch rider finishing 0.084 seconds adrift.

Olena Starikova of Ukraine took silver in 33.389, with bronze going to Miriam Vece of Italy, who clocked 34.151.

Britain won gold in the women's madison thanks to the joint efforts of Jessica Roberts and Megan Barker, who earned 44 points.

There was home gold as Tatsiana Sharakova won the women's individual pursuit handsomely from Italy's Marta Cavalli, 3min 32.045sec to 3:37.489.

The bronze medals were claimed by Misha Zilberman of Israel and Estonia's Raul Must.

Mia Blichfeldt completed a Danish double in the badminton competition as she defeated Britain's third seed, Kirsty Gilmour, 21-16, 21-17 in the women’s singles final.

Very honoured to have been asked by the European Olympic Committees to present Ireland’s only gold medal 🥇 of the European Games to Kurt Walker - in the company of the brains behind the success former world champion Bernard Dunne & John Conlon (Michaels father) pic.twitter.com/NyDsjIjMgf

Irish boxer Kellie Harrington had to withdraw from the women's 60 kilograms lightweight final with injury.

She was due to fight Finland's Mira Potkonen, who thus took gold.

But Ireland earned their first gold medal of the 2019 European Games as Kurt Walker, who later carried the flag in the Closing Ceremony, claimed an unanimous victory in the men's 56kg bantamweight against Ukraine's Mykola Butsenko.

He won unanimously in the men's 91kg heavyweight against home favourite Uladzislau Smiahlikau.

Armenia's boxing golds were supplemented by wrestling gold as Artur Aleksanyan - who already has one Olympic, three world and four European gold medals to his name - added a European Games title to his artillery.

He beat home favourite Aliaksandr Hrabovik 5-0 in the under-97kg category.