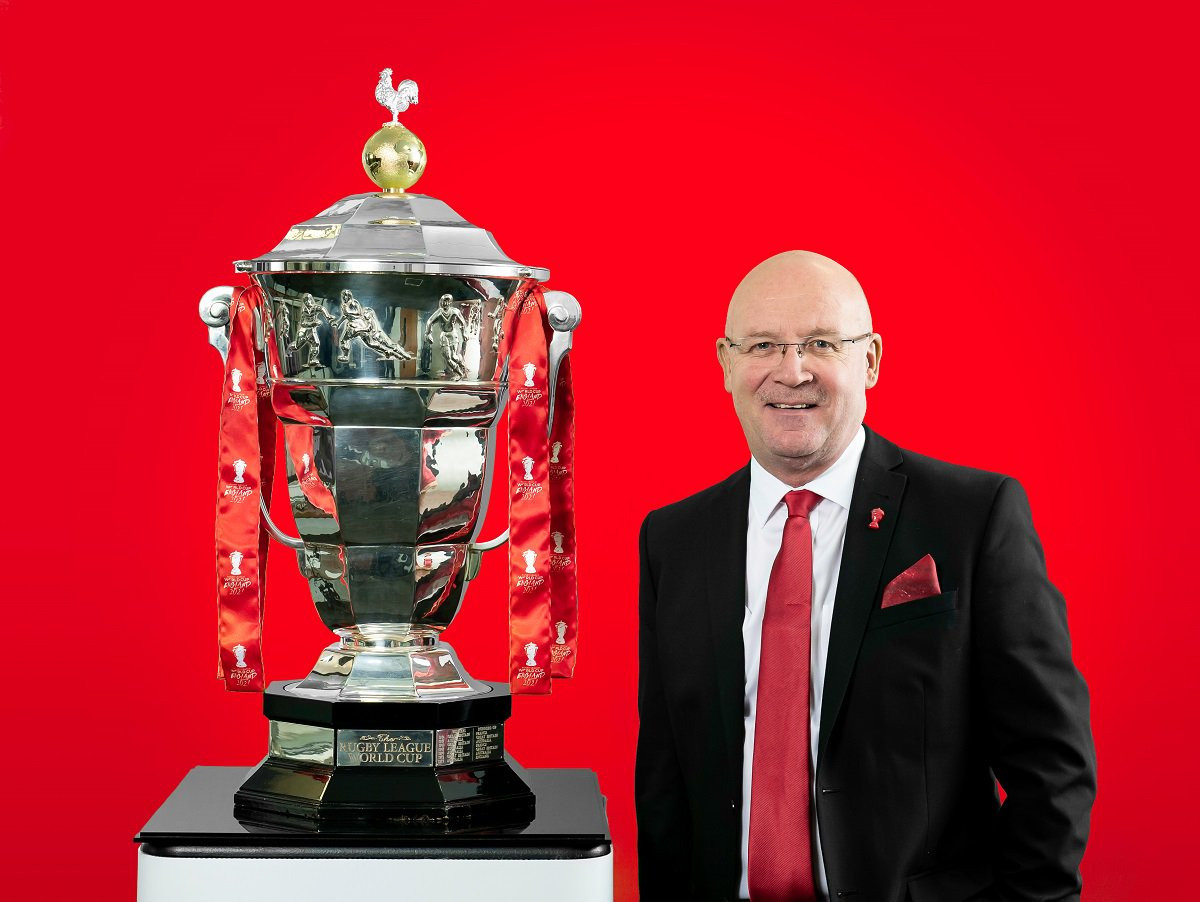 Chris Brindley has been named as the new chairman of the Board of the 2021 Rugby League World Cup (RLWC2021) Organising Committee to replace Brian Barwick.

Barwick stepped down from the role in April, instead taking up the position of Organising Committee President.

Brindley has been chosen as his replacement, having been a member of the RLWC2021 Board since 2018.

"I am extremely proud to have been appointed to the position of Chair of the Board at RLWC2021," Brindley said.

"Already occupying a position on the board, I know that the team has enjoyed a fantastic start on the project and have gained some real momentum.

"It is important to keep this impetus going, and in my new role as chair of the Board, we will ensure that we work together to ensure key objectives are met, and the team can deliver the biggest and best Rugby League World Cup ever."

His diverse career has seen him occupy senior roles with British companies such as NatWest, British Gas and Metro Bank, as well as a number of non-executive roles across the sports industry, including the Rugby Football League.

He has also been a senior non-executive director of the Manchester Football Association, business mentor at the Premier League Elite Academy Manager Programme and chair of the County Sports Partnership at GreaterSport from 2007 to 2018.

In June 2018, Chris was awarded the Most Excellent Order of the British Empire - MBE - for his services to sport.

"He has a fantastic breadth of knowledge, both from a sporting and a business perspective, which will help us in pursuit of our ambitious goals.

"Moreover, Chris offers a unique set of experiences, which include working with elite athletes and using sport as the inspirational learning model to inspire success within business.

"His previous successes at GreaterSport will really support our ambitious legacy programme.

"This epitomises the work which is at the core of RLWC2021’s ethos, and as an already valuable member of our board, his promotion to Chair of the Board is well deserved.”

The Rugby League World Cup is due to take place at 18 venues around England from October 23 to November 27 in 2021.

A total of 16 teams are set to compete.