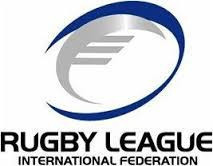 The Board of the Rugby League International Federation (RLIF) have agreed to appoint three independent directors as part of the significant governance reform the organisation is undertaking.

The decision is a key aspect of the significant governance reform proposed by members at the RLIF Annual General Meeting last November.

The proposal to appoint three independent directors will be put to members for approval at an Emergency General Meeting in April.

The three new directors will be the first to be independent and will be appointed based on skills and expertise.

They will help the RLIF achieve the highest standards of governance, with one of the directors becoming RLIF chair.

Aside from the decision to appoint new directors, the Board approved the selection of 12 men's teams and four women's teams to participate in the RLIF Downer Rugby League World Cup 9’s, to be held in Sydney on October 18 and 19.

The selected nations will be announced once they accept their invitation.

"The governance reform process has been detailed and lengthy, which is right and proper, as it represents organisational progression," RLIF chair Graeme Thompson said.

"In particular it guides how we make future strategic decisions.

"The addition of independent directors to the Board, provides a key opportunity for the organisation to incorporate other relevant backgrounds and experiences to work alongside the present Board’s abilities.

"The unity of the Board on the governance reform package is very significant and we look forward to the final stage of engaging with our member nations and seeking their ultimate approval.

"Whilst we already have the World Cup Nines and World Cup qualification established for this season, there has been significant progress on the rest of the 2019 calendar.

"This plan involves a myriad of stakeholders, who require some final consultation, before announcements can be made.

"We anticipate this to be in the very near future."

Thompson had been elected as RLIF chair last November.