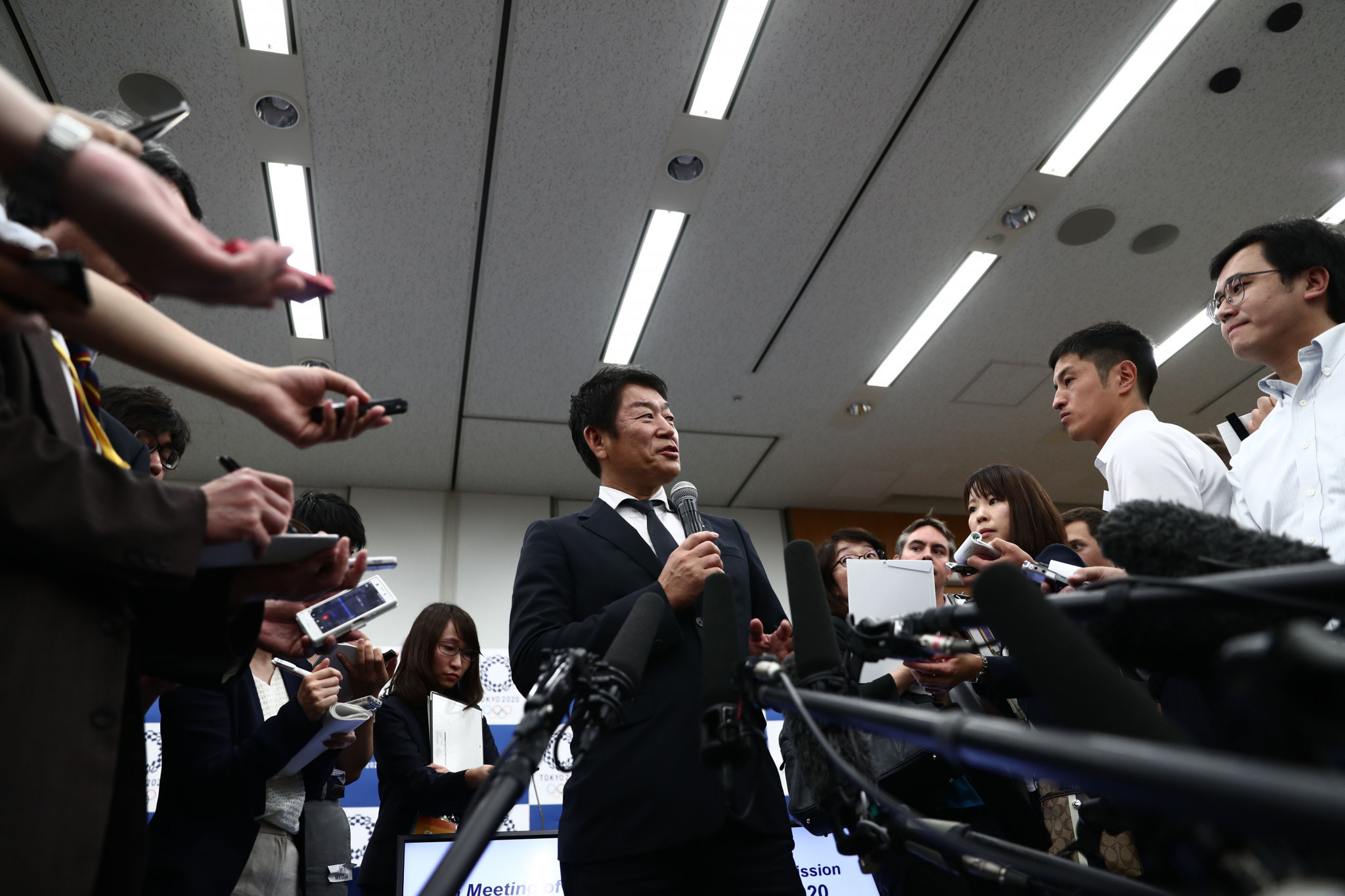 Morinari Watanabe, chair of a taskforce to oversee the delivery of a boxing competition at Tokyo 2020, has admitted he is unprepared for the role but insists the best solution will be found for athletes.

The International Gymnastics Federation President has been parachuted into the role following the suspension of the International Boxing Association (AIBA) as the Olympic governing body for the sport.

The decision was taken by the International Olympic Committee (IOC) Executive Board yesterday in Lausanne.

Watanabe said he had been instructed two days ago to chair the taskforce, the Japanese official adding that members of the group would come from the sport movement.

He will fly to Lausanne following the completion of the IOC Coordination Commission visit to Tokyo to hold a meeting with IOC sport director Kit McConnell and begin work on devising solutions.

"I was instructed two days ago to head the taskforce,” Watanabe said here today.

“This was something I was totally unprepared for, I was not expecting this.

“I will be flying back to Lausanne and will study and analyse the situation to come up with the best way forward based on research and study.

“I will need to go through a thorough analysis to come up with a way forward.

“I still do not quite understand the situation around boxing, so I will need to put my head around.

“I will talk to athletes and find out what is going on in their minds.

“I want to address these concerns.

“We need to be completing these things in a few months, so I will be flying to Lausanne immediately and will start my research.

“The most important priority is the athletes.

“We must make a solution.”

The taskforce will devise a qualification system for the Games.

Qualifying events are set to take place between January and May next year.

Watanabe claimed options remained open over the organisation of the Olympic tournament and did not rule out of the involvement of professional boxing organisations.

“I want to listen to many people and their opinions,” he said.

“I want to find the best way for the athletes and achieve justice.

“If I need to speak with professionals or we need judges from professional boxing federations, we will get them.

“We will find the best solution.”

Exact weight categories for the men's and women's events have not yet been confirmed.

There will be a reduction in men’s categories from 10 at Rio 2016 to eight at Tokyo 2020, which will allow for the rise from three women’s divisions to five.

Watanabe said he would seek input from athletes to help determine the weight categories contested at the Games.

The decision taken by the IOC Executive Board after it received a 30-page report from the Inquiry Committee, is subject to final approval at next month's Session in Lausanne from June 24 to 26.

Tokyo 2020 stated today that they would seek to accelerate preparations for the boxing competitions at the Games following the Session.

Preparations for the tournament were frozen by the IOC in November, when AIBA was initially suspended.

The freeze means boxing tickets will not be available in the public lottery, which will take place in Japan next month.

Tokyo 2020 said it would assess how to incorporate the sale of boxing tickets into their existing ticketing programme, but no decision would be taken before the IOC Session.

AIBA’s suspension followed a six-month investigation amid concerns regarding its governance, finances and refereeing and judging.

In its full decision, the IOC Executive Board claimed the situation of AIBA "is such that its practices and activities continue to fall short of full conformity and compliance with the Olympic Charter and the IOC Code of Ethics".

The IOC warned this "presents serious legal, financial and reputational risks to the IOC and the Olympic Movement".

A key factor in the decision was AIBA's inability to work with companies or officials in the United States owing to Gafur Rakhimov's status with authorities in the country.

Rakhimov, whose election as permanent AIBA President last November was the main catalyst for the investigation, remains on a US Treasury Department sanctions list as "one of Uzbekistan's leading criminals".

He denies wrongdoing but stepped aside in March following months of negative publicity and was replaced by interim head Mohamed Moustahsane, a Moroccan.

AIBA has, though, been given hope that it can regain its recognition after Tokyo 2020, with its progress due to be assessed by an IOC Monitoring Committee consisting of the members who led the initial inquiry.