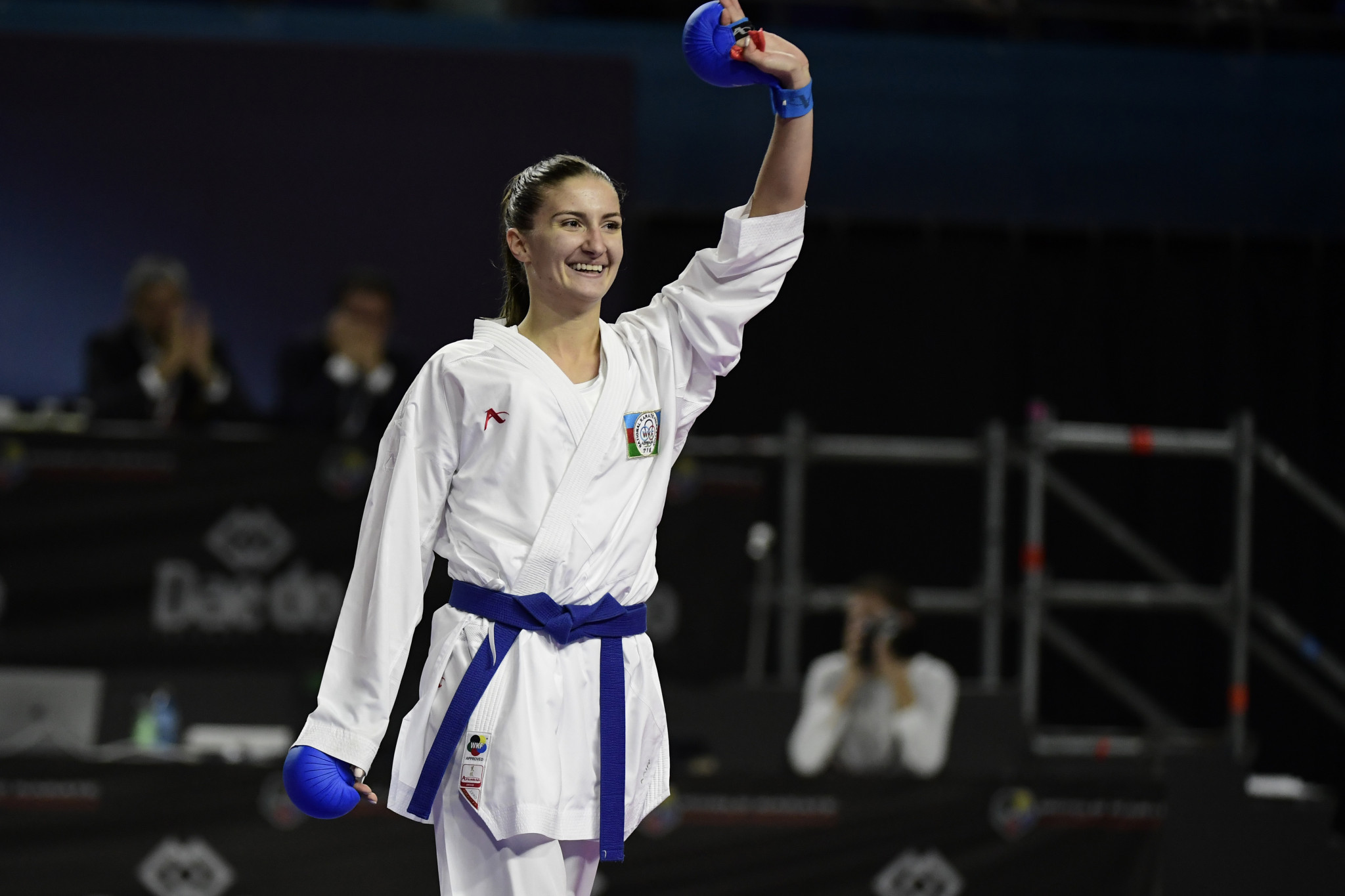 World champion Irina Zaretska of Azerbaijan progressed to the final of the women's under-68 kilograms kumite division on the second day of the Karate 1-Series A competition in Istanbul.

Zaretska edged Japan's Kayo Someya by decision in her semi-final after their encounter had finished all-square after regulation time at WOW Hotel Congress Centre.

She will take on Marina Rakovic of Montenegro, who had not made a major final for five years until today.

Iran’s Hamideh Abbasali, the reigning Asian champion, booked her place in the over-68kg division after she defeated Tunisia’s Chahnez Jami 5-0 in the last four.

Ayaka Saito of Japan awaits for the Iranian athlete in tomorrow's final as she overcame Kazakhstan Sofya Berultseva 2-1.

Eray Samdan continued the success for the host nation and qualified for the final in the men's under-60kg division.

The Karate 1-Series A grand winner needed a decision to go in his favour to get past Darkhan Assadilov of Kazakhstan in his semi-final.

Samdan will aim to deliver gold for the Turkish team when he faces Yerkinbek Baitureyev of Kazakhstan.

The event concludes tomorrow with finals in all kata and kumite categories.