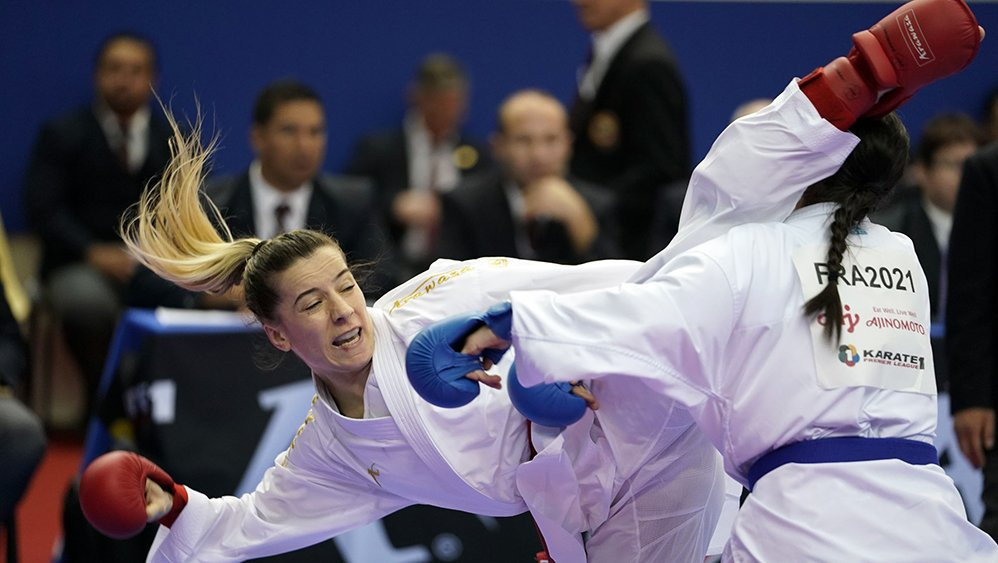 Serap Özçelik made a promising start to her pursuit of victory at her home Karate 1-Series A event as she reached the final of the women's under-50 kilograms kumite division in Istanbul.

The Turkish star edged Ayaka Tadano of Japan by decision in the semi-finals after their clash had finished level at WOW Hotel Congress Centre.

Özçelik, world champion at under-50kg in 2014, will take on Shiau-Shuang Gu of Chinese Taipei for gold on Sunday (May 19).

Shiau, bronze medallist at the Asian Championships, booked her place in the final with a surprise victory over Bettina Plank of Austria.

There was further success for the host nation in the men's kata event as Emre Vefa Goktas progressed to the gold medal bout.

SMAI is a proud sponsor of the 2019 Karate 1- Series A! 🥇SMAI has been supporting Karate athletes over 30 years with WKF-approved elite uniforms and protections! #MadeForAthletes #SMAI @SMAIFITNESS
Find your closest SMAI reseller here 👉https://t.co/OTTUBIMJK7 pic.twitter.com/Dyrhl36DP9

Goktas will go up against Japan's Kakeru Nishiyama for the title after both athletes topped their respective pools.

In the women's under-55kg category, Tzu-Yun Wen of Chinese Taipei showed why she is ranked second in the world with another composed performance.

She will take on Travat Khaksar of Iran, winner of the opening Karate 1-Series A event of the season in Salzburg in March, in the final.