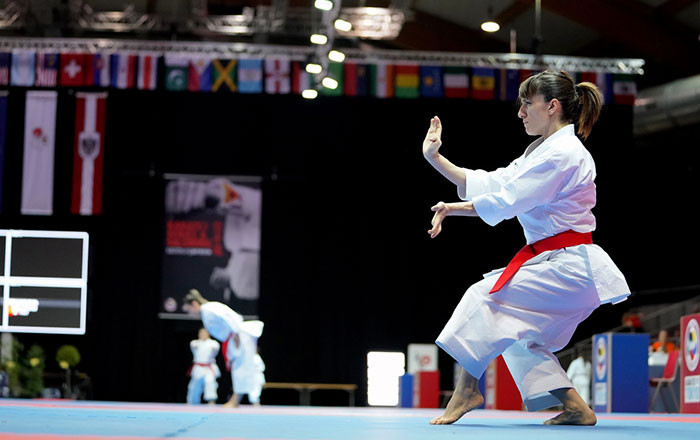 Reigning kata world champion Sandra Sanchez of Spain will take on Japan's Kiyou Shimizu in a repeat of the final at the last two major competitions after both athletes progressed to the gold medal bout at the Karate 1-Series A event in Salzburg.

Sanchez, who beat Shimizu to secure the world title in Madrid last year, qualified for the final at the World Karate Federation event by topping her pool at the Salzburgarena.

The Spaniard's best routine yielded a score of 26.88 as she continued her impressive run of form in the kata discipline.

Shimizu will have the chance to partially avenge her loss to Sanchez in the World Championships final as she also finished first in her pool.

Ayaka Saito, a member of the Japanese squad which claimed world team kumite silver in Madrid, booked her place in the women's under-68 kilograms final with victory over Croatia’s Lucija Lesjak.

Saito will take on Egypt’s Shymaa Aboualyazed, who overcame Serbia's Tara Ropret in her semi-final encounter.

Finalists in the team kata events for men and women were also decided today.

Australia and Italy will clash for gold in the women's final, while Malaysia and Turkey will battle it out for the men's crown.

Finals in all categories will be held on the last day of the competition in the Austrian city on Sunday (March 3), while preliminary round action continues tomorrow.