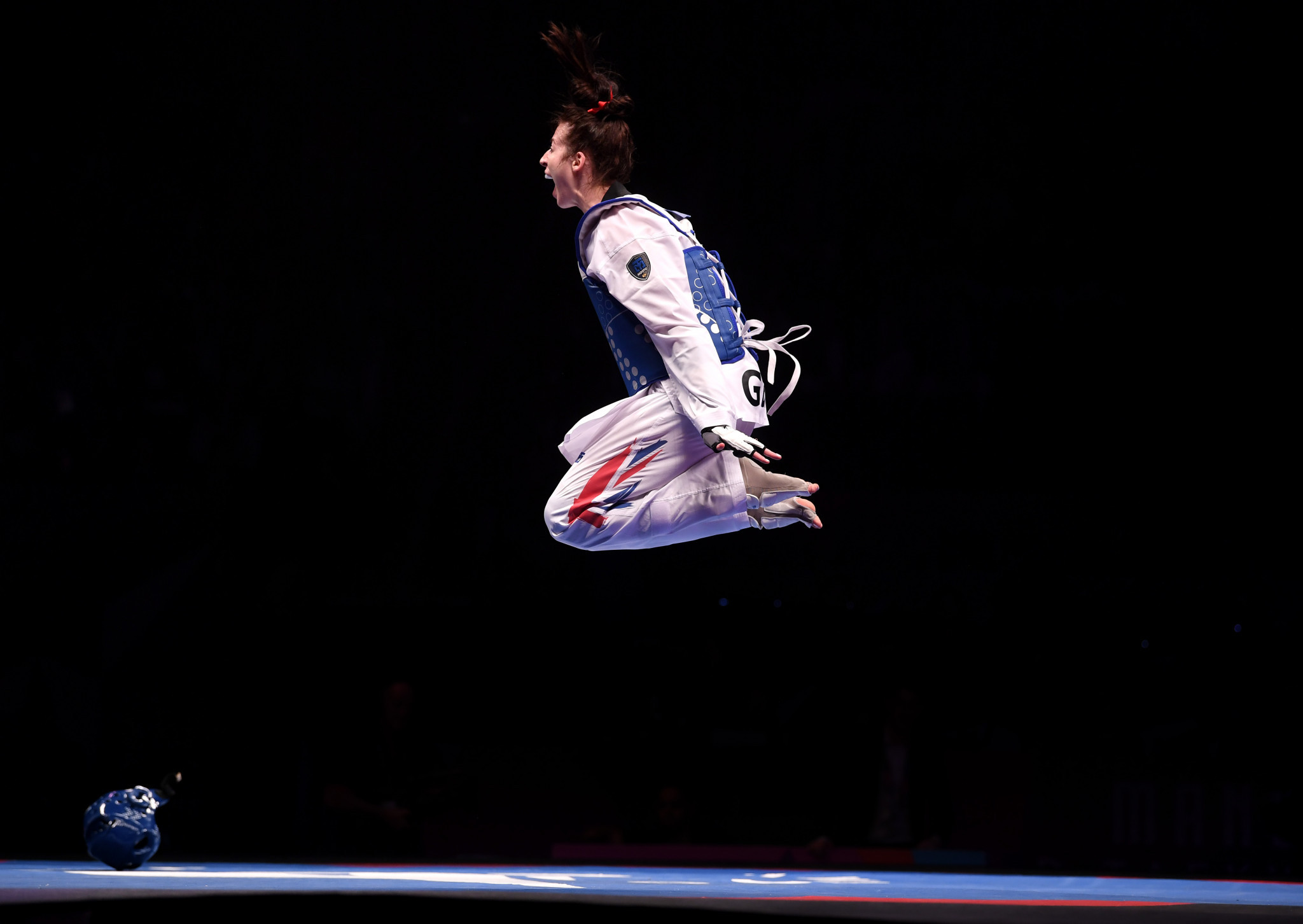 Walkden was up against China's Olympic champion Zheng Shuyin in the final of the women's over-73kg category.

Zheng dominated the first two rounds and had an almost unassailable lead with one minute to go.

At that point, however, she was deemed to have committed 10 gam-jeoms, warranting an automatic disqualification.

Walkden collapsed to the ground in delight while Zheng did the same in despair.

She then refused to shake Walkden's hand and did not leave the floor for a while, inconsolable.

Meanwhile, despite the large British contingent in the arena, boos rang out from the crowd.

This continued throughout the medal ceremony, including when Walkden received her gold medal.

As the British anthem rang out, Zheng fell to the ground in tears while Walkden looked on.

Speaking afterwards, Walkden suggested her match tactic had been to disqualify her opponent.

"I went out there needing to find a different way to win and a win is a win if you disqualify someone – it's not my fault," she said, as reported by The Telegraph.

"People can have their opinions but I'm standing here as world champion.

"I wouldn't change it for the world – I would go out and do exactly the same thing again."

The remaining two gold medals matches were not as controversial, though just as entertaining.

There was more delight for the home nation in the men's under-68kg final, with Bradly Sinden defeating Spain's Javier Perez Polo 24-20.