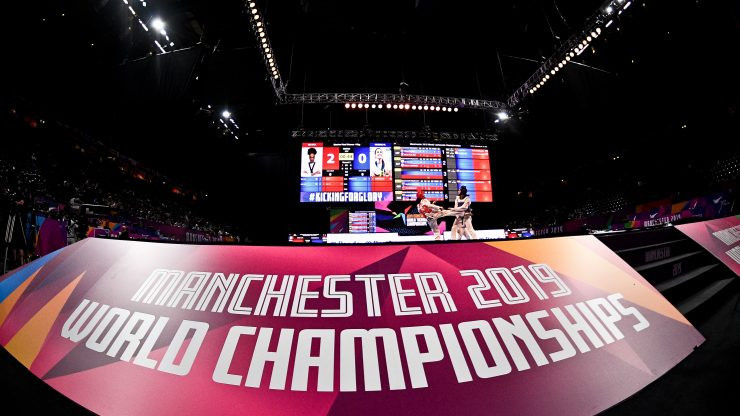 South Korea's defending champion Sim Jae-young won all three of her bouts on the opening day of the World Taekwondo Championships to reach the women's under-46 kilograms final here.

Sim first beat Krystsina Sauluk of Belarus 25-3, before progressing on to the quarter-final after defeating Brazil's Valeria Santos 23-8.

To make the semi-finals she had to come back against Spain's Sara Cortegoso Lima, but then eased past Julanan Khantikulanon 25-13 to make the final.

Her opponent is scheduled to be Iran's Mahla Momenzadeh, who recorded a close 11-9 victory over China's Tan Xueqin.

Ble had already knocked out the defending champion, Serbia's Milica Mandić, in the previous round.

Lee is set to face María Espinoza in the final after the Mexican beat Turkey's Nafia Kuş 6-4.

Jang Jun and Brandon Plaza Hernandez are due meet in the final in the men's under-58kg.

The Chinese athlete was comfortable against Argentina's Lucas Guzman, winning 14-3.

Mexico's Hernandez landed a head shot in the dying seconds of his bout against Portugal's Rui Braganca to triumph 16-13.

Preceding the gold-medal bouts will be the qualifying rounds and semi-finals of the women's over-73kg and men's under-54kg and under-68kg categories.