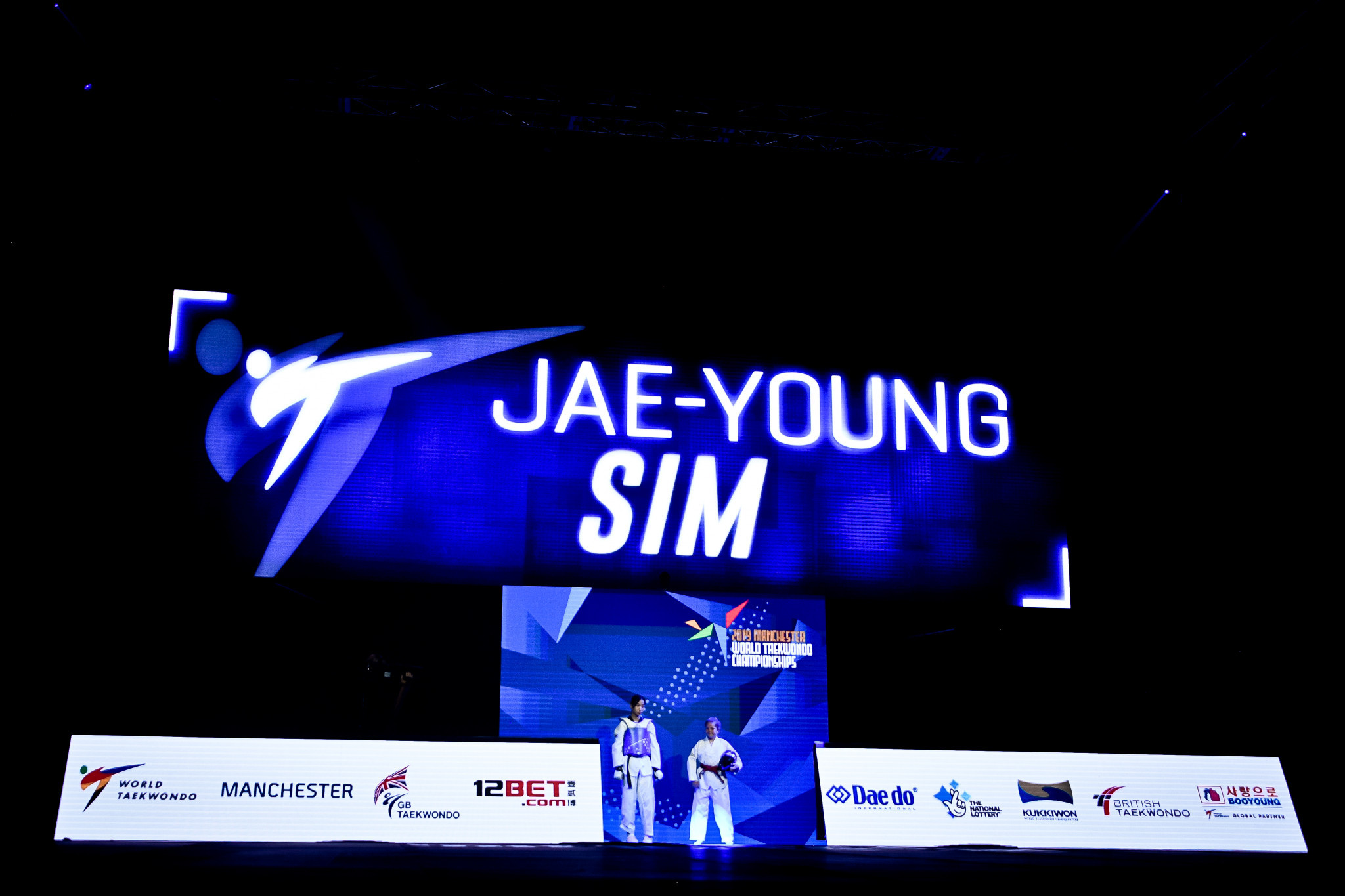 The South Korean star defeated Iran's Mahla Momenzadeh 11-6 to add to her 2017 victory.

It was the start of a string of golds for her country as compatriot Jang Jun reigned supreme in men's under-58kg final.

The gold-medal bouts may have been all about South Korea but the evening's semi-finals were dominated by the host nation.

Walkden will now face Olympic champion Zheng Shuyin in the final, which will take place tomorrow.

Walken's compatriot Bradly Sinden then caused the upset of the tournament so far against three-time world champion Lee Dae-hoon.

In what was an extremely tight contest, Sinden landed a last-second shot to win 24-23 against the South Korea in their men's under-68kg clash.

He will now face Spain's Javier Perez Polo in the final, who eased past Russia's Alexey Denisenko 12-6.

South Korea will have the chance to claim another gold medalin the men's under-54kg final after Bae Jun-seo defeated Brazil's Paulo Melo 24-16.

Standing in his way will be Russia's Georgy Popov, who secured a 20-14 victory over Iran's Armin Hadipour Seighalani.