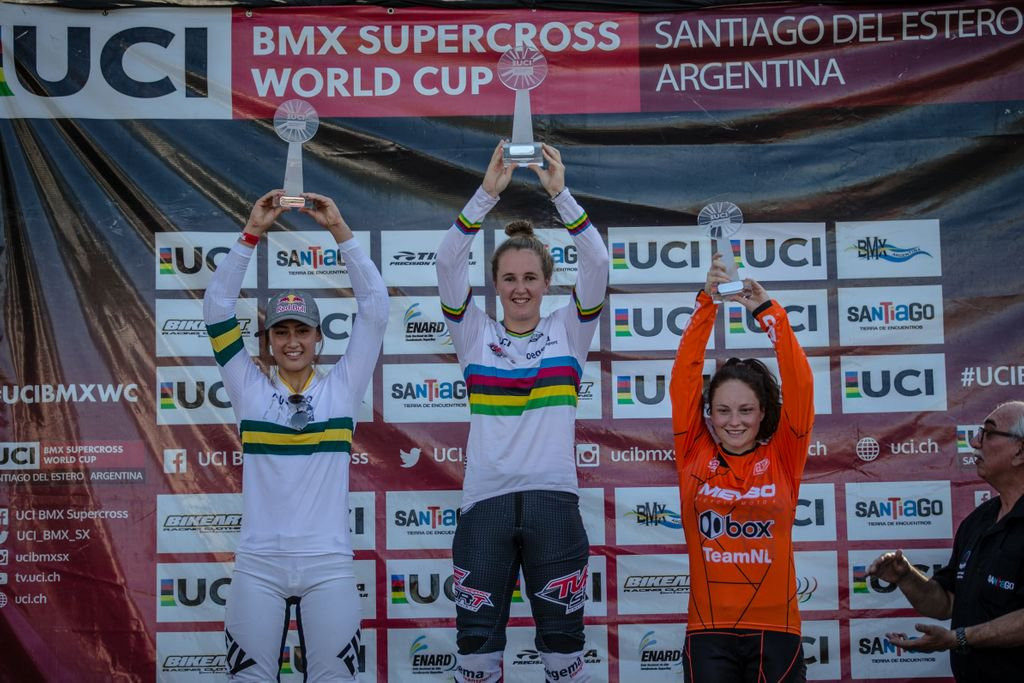 Frenchman Joris Daudet won the final round of the elite men's event at the BMX Supercross World Cup in Santiago del Estero today.

The 2016 world champion and 2018 world silver medallist crossed the line in 30.638sec, half a second ahead of his nearest rival Gonzalo Molina from Argentina, to take 150 points.

The Argentinian Molina also finished second yesterday in round seven, while third today was taken by Australia's Anthony Dean who finished in 31.344.

The final round in the women's event, meanwhile, was taken by Australia's Saya Sakakibara in 34.785.

Second place was taken by Alise Willoughby from the United States who finished just three hundredths of a second behind.

Third was taken by the 2018 Baku world champion and London 2012 bronze medallist Laura Smulders from The Netherlands.