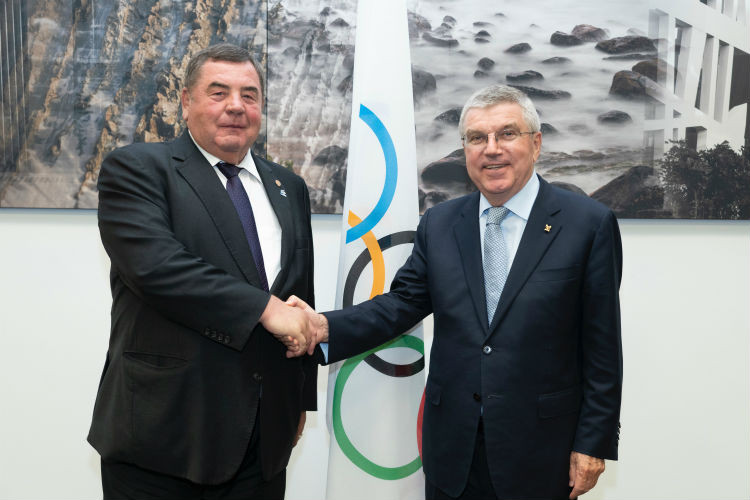 International Sambo Federation (FIAS) Vasily Shestakov has hailed his sport's first appearance at a major meeting since it was officially recognised by the International Olympic Committee (IOC).

The FIAS was granted provisional recognition by the IOC Executive Board at a meeting in Tokyo last November and that was followed here, during the SportAccord Summit, by being elected as members of the Association of IOC Recognised International Sports Federations (ARISF).

"We've had a wonderful week here with our new status as being recognised by the IOC," Shestakov told insidethegames.

"We've had many high-level meetings, including with [IOC President] Thomas Bach.

"He officially congratulated us and welcomed us.

"He told us we have a lot of work to do in the future and we thanked him for his help."

Being granted IOC recognition was the culmination of a determined campaign by FIAS, founded in 1992.

"We know this is just the first step on the way to one day to becoming part of the Olympic programme," Shestakov said.

"The next step for our Federation is full [IOC] recognition.

"We plan to work closely with the IOC sports department to achieve our aim."

"ARISF appreciate the work we are doing, which is aligned with the IOC principles, including sustainability and gender equality," Shestakov said.