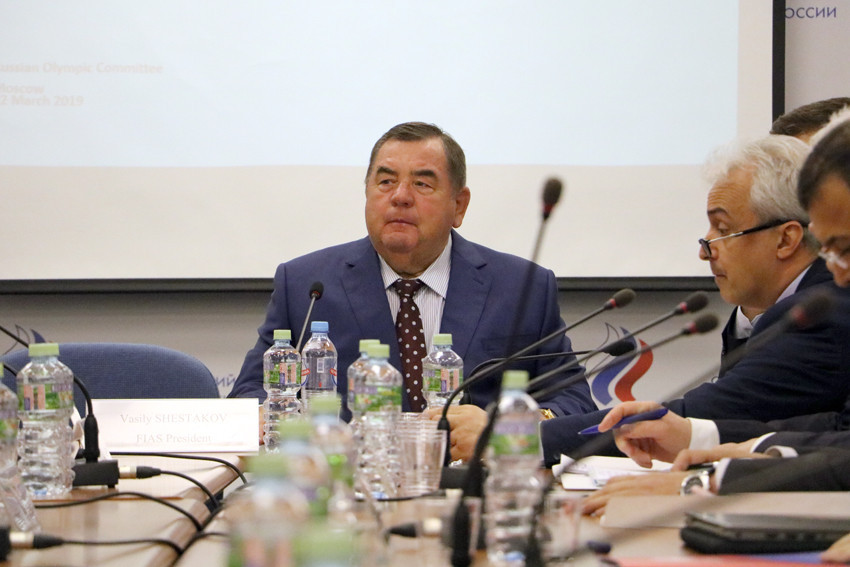 International Sambo Federation (FIAS) President Vasily Shestakov has called on the world governing body to step up its efforts as it strives to build on its provisional recognition by the International Olympic Committee (IOC).

Shestakov was speaking at a meeting of the FIAS Executive Committee in Moscow.

"This [provisional recognition] is a great success not only for our Federation, but also for the entire sambist community," he said.

"Now we are facing a new goal - to receive the permanent recognition by the IOC and then the inclusion in the programme of the Olympic Games, so we have to work with renewed vigor."

Sambo joined lacrosse and kickboxing in being granted provisional IOC recognition for a period of three years in November 2018.

The International Federations of the three sports are now able to receive funding from the IOC and able to apply for grants to help fund their development programmes.

Full recognition has to be granted by the IOC Session.

Shestakov admitted in December it will be "difficult" for sambo, which celebrated its 80th anniversary last year, to gain a spot on the Olympic programme, but that chances to achieve that goal still remain.

The honorary guest of the Executive Committee meeting was the President of the Russian Olympic Committee, Stanislav Pozdnyakov.

He welcomed the members and congratulated FIAS on receiving provisional IOC recognition.

The meeting also saw Shestakov thank the Romanian Sambo Federation and its leader, Viorel Gasca, for the high standard of the 2018 World Sambo Championships in Bucharest last November.

Additionally, he spoke about the development of sambo around the world.

"The presentation of our sport in Doha, Qatar, on the National Day of Sport on February 12 was significant for the expansion of sambo over the Arabian Peninsula and the entire Middle East," Shestakov said.

"We continue to work on consolidating our cooperation with the People’s Republic of China.

"As part of this cooperation, our experts conducted a seminar on sambo for students and teachers of the Chengdu Sport University, at the invitation of the Chinese party."

In other news, Turkmenistan's capital Ashgabat's application to host the 2020 World Championships was endorsed.

Sambo was part of the sports programme when Ashgabat staged the 2017 Asian Indoor and Martial Arts Games.