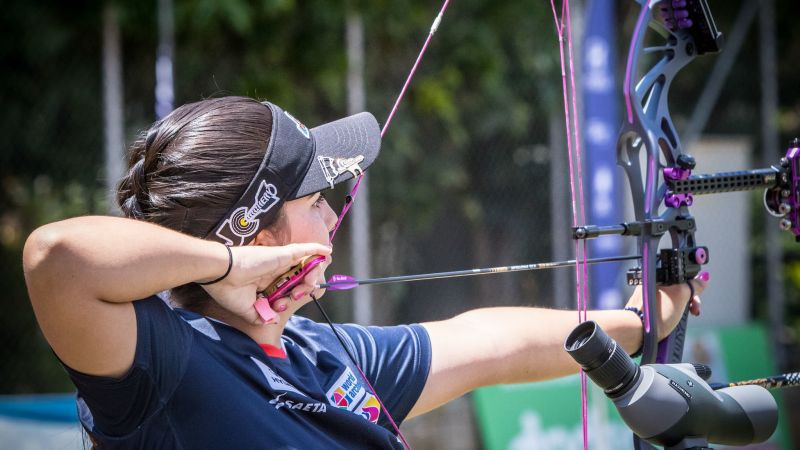 López was successful in breaking the world ranking record in the compound women’s team with the help of her compatriots.

She was joined by Usquiano, Alexandra Sandino and Maria Suarez to score 2,112, four more than the previous record set by South Korea.

"The weather was perfect to break the records.

"We got the team one but, unfortunately, I just managed to match the individual one."

Mike Schloesser of the Netherlands topped the men's compound qualification round with 713 out of a possible 720.

“It felt good," the world number one said.

"I struggled a little bit in the beginning with the wind, but I was making really good shots and that ended up good.

"Second half, I started with less good shots, but I ended up in a good position."

America's Matt Sullivan shot an international personal best of 711 to qualify in second, while another Dutch athlete, Peter Elzinga, followed in third with 706 points.