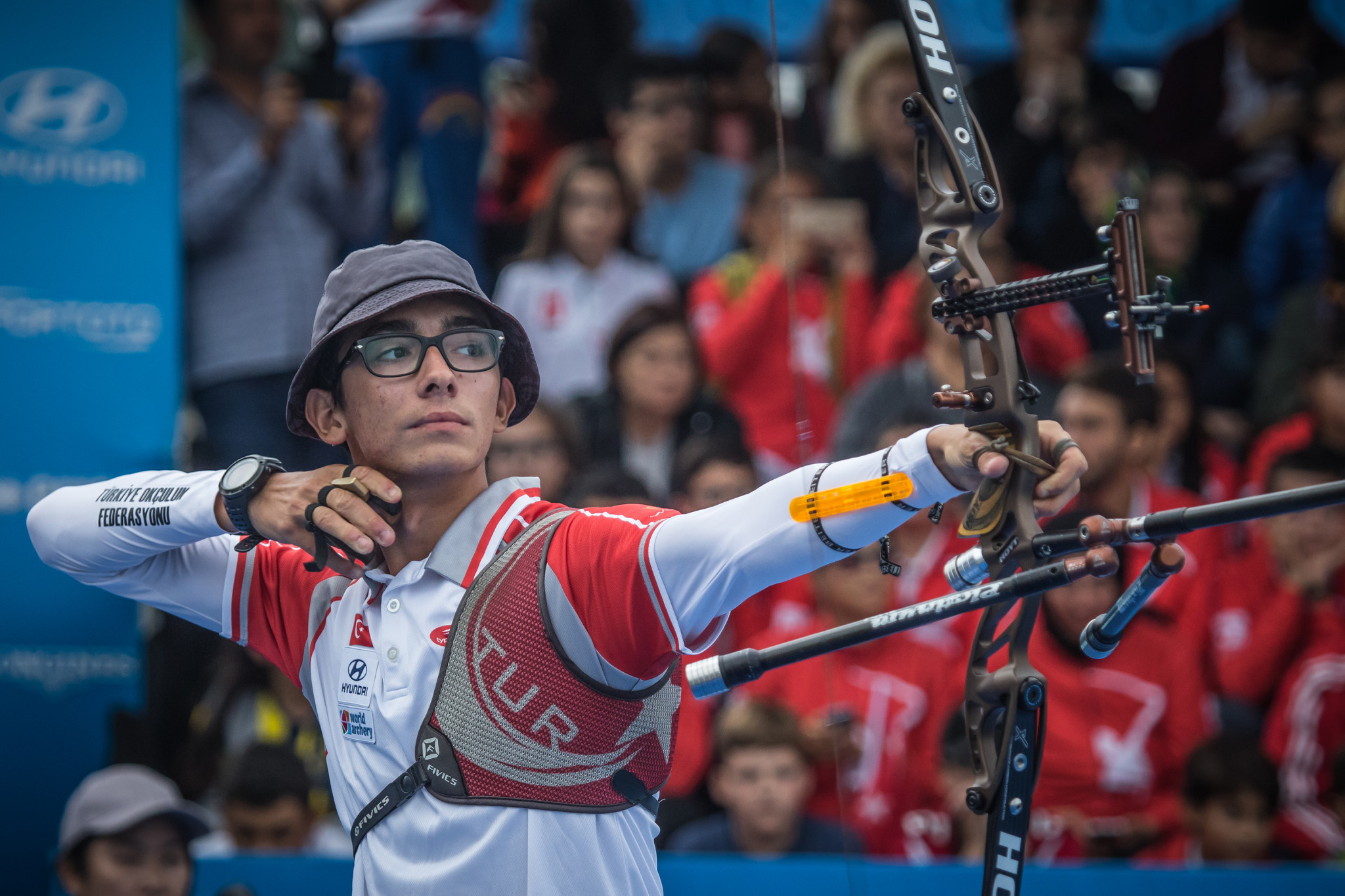 Turkey's Mete Gazoz and Yasemin Anagoz were named recurve man and woman of 2018 respectively at the World Archery Athlete of the Year awards.

Gazoz was able to celebrate two awards at the ceremony, as the 19-year-old was named as the breakthrough athlete of the year, as well as scooping the men's recurve honour.

During 2018 he won his first Archery World Cup stage with gold in Berlin, where he beat South Korea's Lee Woo Seok in a one-arrow shoot-off.

He also rose up the world rankings during the year, which culminated in him being ranked as one of the top five archers with the Olympic bow by the close of 2018.

Gazoz earned the men's recurve prize over South Korea's Lee and Kim Woo-jin, as well as the United States' Brady Ellison and The Netherlands' Steve Wijler.

Lee and fellow South Korean Lee Eun Gyeong were also nominated for the breakthrough prize, along with American Trenton Cowles.

It was the second time in a row that the winner of the recurve men's athlete of the year award also received the breakthrough prize, following on from Wijler in 2017.

Anagoz earned the women's recurve prize after winning the European title in 2018, as well as reaching the Archery World Cup Final as an invitational athlete, only to end up as the silver medallist.

Turkish success continued to be recognised with Goktug Ergin being awarded the coach of the year prize.

He was selected for the award in front of Australia's Ya Ping Shih, France's Sebastien Brasseur, Spain's Elias Cuesta and Britain's Richard Priestman.

Colombia's Sara Lopez continued her domination of the women's compound award, having claimed the prize for the fourth straight year.

She competed in three World Cup events in 2018 and won all of them, including the final in Samsun.

This saw her become only the second archer to have triumphed four times at the season ending-event, along with recurve competitor Ellison.

The Netherlands' Mike Schloesser won the men's award following Archery World Cup wins in Antalya and Berlin, which kept him at the top of the compound world rankings.

He also became the second compound archer in history to complete the World Championship triple, adding the field and indoor titles to the outdoor crown he won in 2013.

Turkey's Merve Nur Eroglu won the women's Para-archer category after winning a second consecutive silver medal at the European Para Championships, as well as being ranked fourth by the close of 2018.

World Archery has presented annual awards to recognise outstanding performance from athletes and coaches since 2014.

Athletes are shortlisted for the awards after being nominated by national archery federations, with winners decided by a combination of a public poll and expert panels.