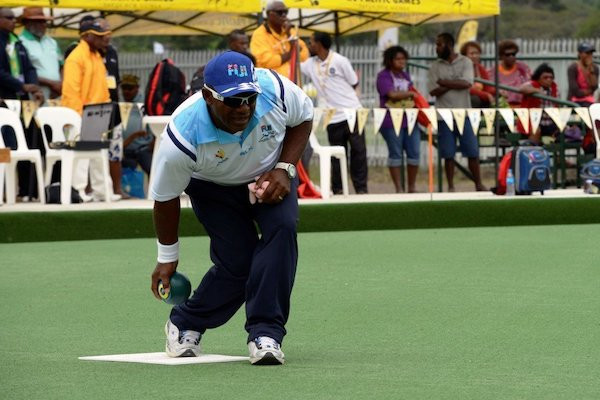 Umpires for the bowls tournament at this year's Pacific Games in Samoa have been trained following a two-day workshop in Apia.

The workshop was held at the Lawn Bowls Greens at the Faleata Sports Complex, the venue due to host the sport from July 8 to 13.

"I’ve achieved what I came to do in Samoa," she said.

"This is your Games and we want the umpires to be from your country.

"We want to leave behind a legacy.

"While there are two international umpires coming from New Zealand, the rest of the umpires and markers should be from Samoa."

Another 10 weeks of training for the umpires will be overseen by Rudy Meredith, President of the Samoa Bowling Association together with the vice-president, Fiu Peni Asi.

"The idea was to train them up and give them all the material that they will need to carry on with their training," Stallard said.

"The umpires are well underway."

Stallard is due to return to Samoa to examine the umpires before the Pacific Games open on July 7.

"We’ve done measuring and marking and everyone did very well," she said.

"I’m confident when I come back we will be accrediting the six umpires needed."

The Greens at the Faleata Sports Complex were constructed for the 2007 Pacific Games, the last time Samoa was host nation.

The venue has four greens and grandstand seating for 500 spectators.

It will be the sixth time lawn bowls will be contested at the Pacific Games and seven countries will compete in eight events, four for men and four for women.

Fiji finished top of the bowls medal table at the last Pacific Games four years ago in Port Moresby.

They won eight medals, including four golds to finish ahead of the Cook Islands with two gold and Papua New Guinea and the Norfolk Islands, who won one gold each.