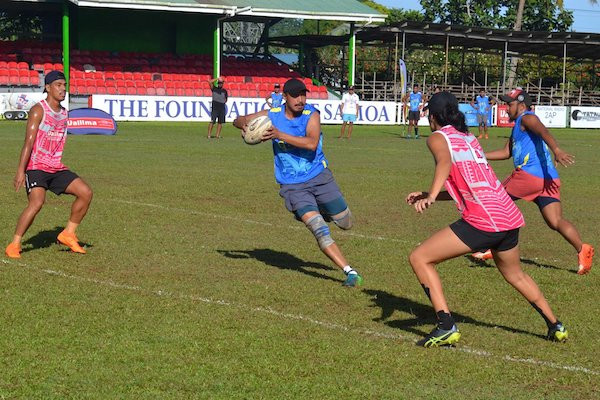 The Vailima Marist touch rugby tournament was held in Samoa as a test event for this year's Pacific Games.

“Awesome tournament, excellent action and run like clockwork,” he said.

“It was a really good test for the Pacific Games with a very well-organised operation.

“The athletes performed well and the levels of skill and fitness were impressive.”

Touch rugby will feature at the Pacific Games in Samoa, set to be held from July 7 to 20.

The venue will be Faleata Sports Complex, which will also host archery.

It is currently undergoing extensive refurbishment.

This year is set to be significant for touch rugby, with the Touch Rugby World Cup taking place in Malaysia from April 28 to May 4.