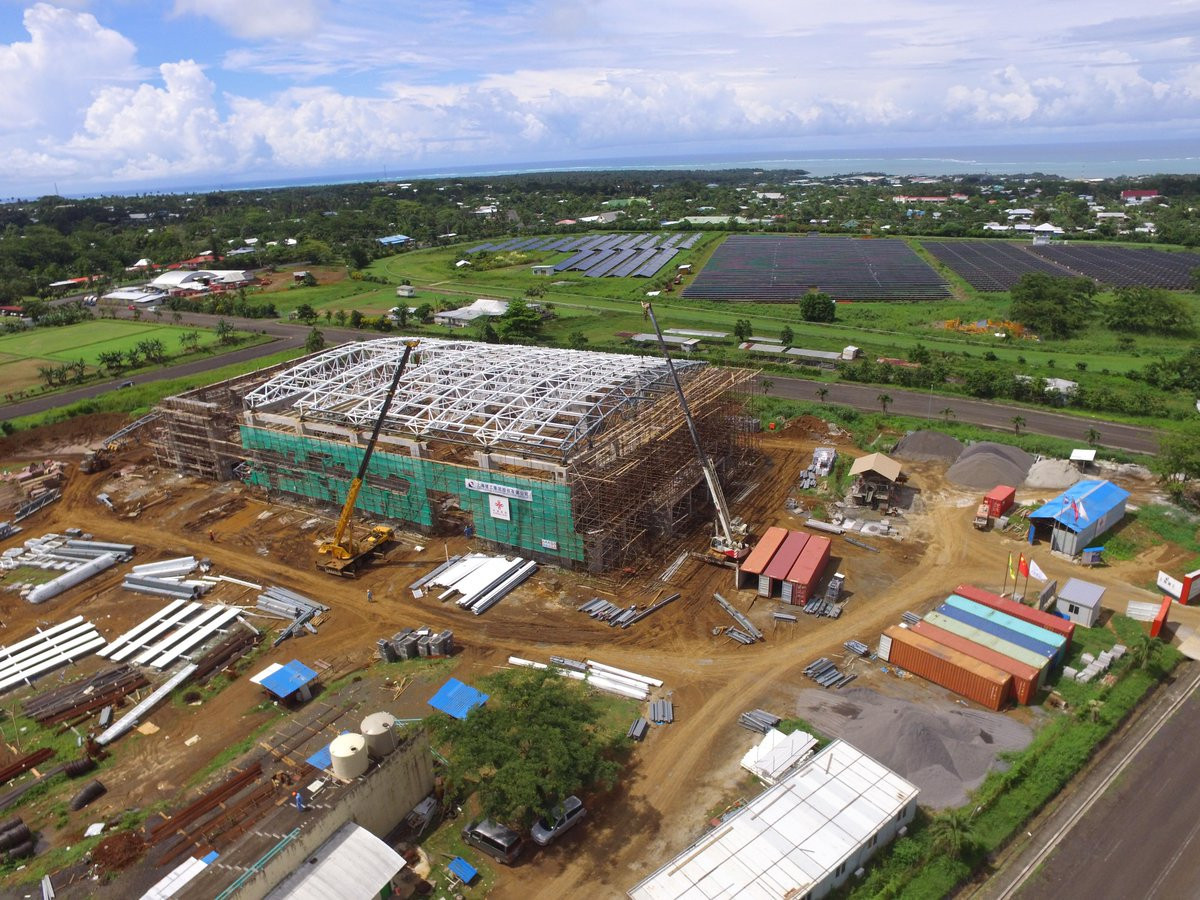 Construction is well underway on a new multi-sports complex for this year's Pacific Games in Samoa.

Games organisers posted photos of the build on Facebook, promising it is "only a matter of time" before the roof is added.

The venue being built in Samoa’s capital Apia is set to host the netball and badminton competitions once the Games begins in July.

With construction being funded by the Chinese Government, Samoa 2019 claim the build will be completed in May.

"Commuters making their way from Aleisa or Vaitele area into Apia will have noticed that the skyline has changed since the Christmas break," they said.

"With most beams in place, it’s only a matter of time before the roof goes on the new venue."

As well as netball and badminton, other sports set to feature on the programme include athletics, basketball, sailing, table tennis, touch rugby and the canoeing discipline va’a.

In all around 4,000 athletes are expected to take part in the Games, scheduled to take place from July 7 until 20.