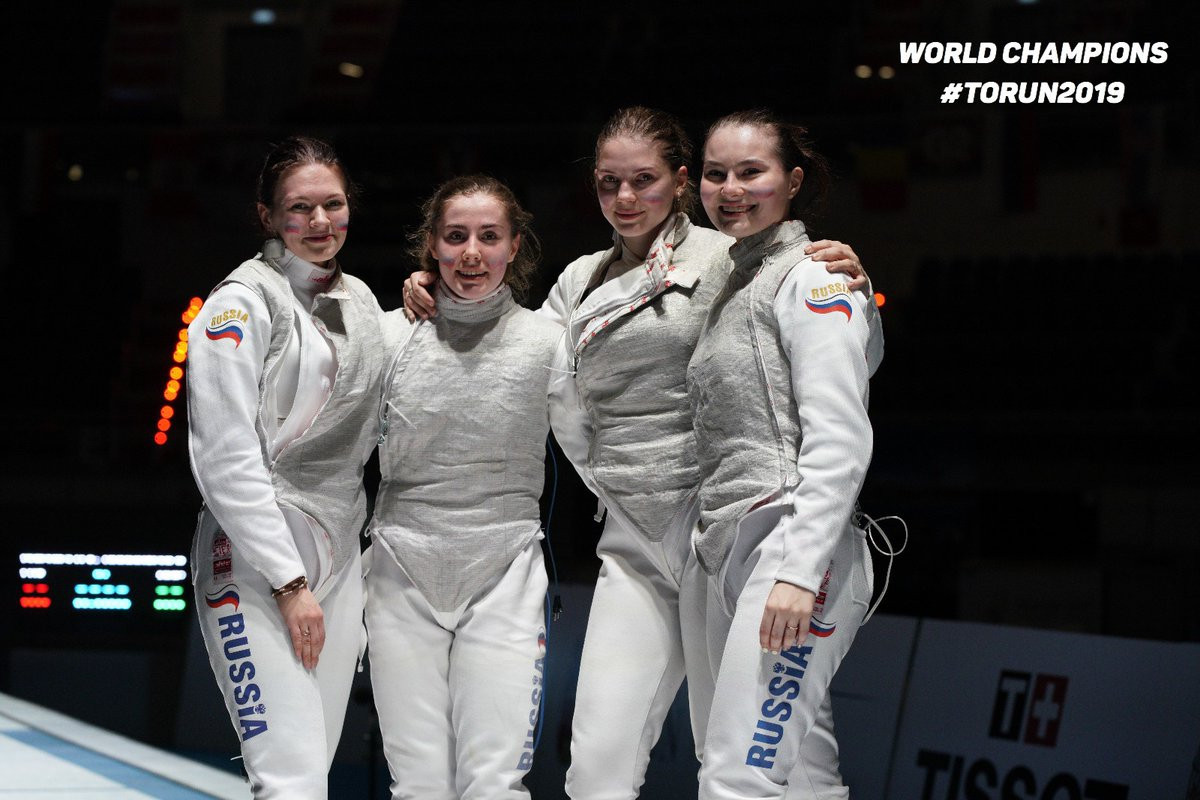 Russia claimed the men’s and women’s junior team foil gold medals on a day dominated by the country at the Junior and Cadets World Fencing Championships in the Polish city of Toruń.

As for the men's final held later in the evening, Russia’s Anton Borodachev, Kirill Borodachev and Vladislav Mylnikov triumphed 45-38 at the expense of France's Armand Spichiger, Constant Roger and Rafael Savin.

Russia with a 45-38 over France in the final become World Champion in men's team foil #Torun2019 👏 pic.twitter.com/SfMBMNVKwM

They reached the gold medal match by defeating the United States 45-32.

France overcame Italy 40-36 in the other last-four clash.

Italy registered a 45-40 win over the US to ensure a third-place finish.

Action in Toruń is due to continue tomorrow with the men's and women's junior individual épée events.

Competition is set to conclude on Sunday (April 14).