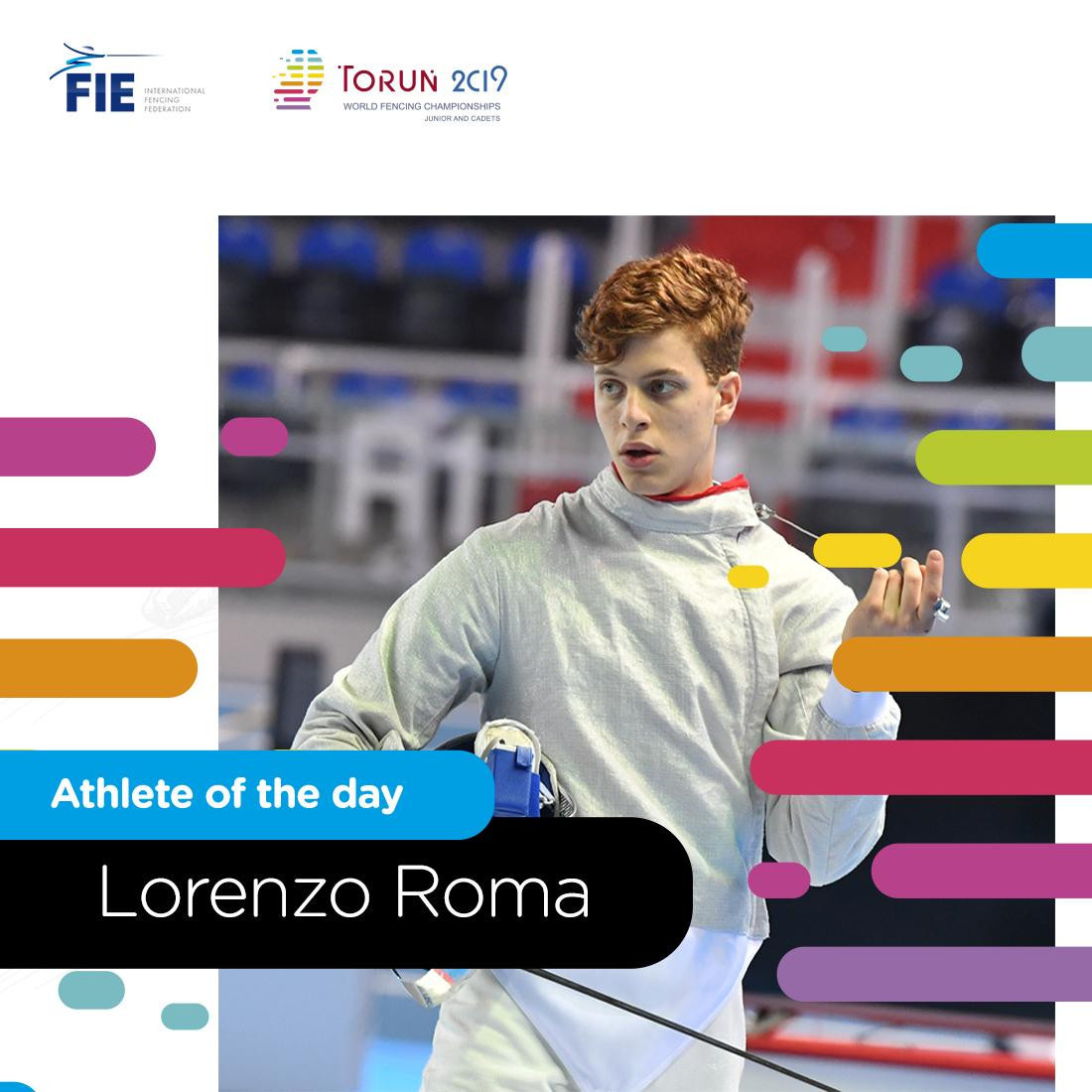 Italy’s Lorenzo Roma stormed to gold in the junior men’s sabre on the first day of action at the International Fencing Federation Junior and Cadet World Championships in Toruń in Poland.

The 18-year-old, ranked world number one in the junior division, beat Romania’s world number four George Dragomir in the final 15-8 at Arena Toruń.

That result followed earlier victories against Mitchell Saron of the United States and Kazakhstan’s Bakdaulet Kuralbekuly.

Mitchell and another Italian Giacomo Mignuzzi both gained bronze medals by virtue of bowing out in the semi-finals.

The gold for Roma was his first medal of any colour at world junior level.

“It is magical, it was a long road, my people who surrounded me and supported me, it was the path i was going to. So happy to move to the next category (senior)” #Torun2019 Alina Mikhailova #RUS World Champion 🏆 in junior women’s sabre @FencingTorun pic.twitter.com/mpRpDlWQjv

The junior women’s sabre event also went ahead and was won by Russia’s Alina Mikhailova.

She gained her medal with a 15-10 victory over Mexico’s Natalia Botello in the final.

Earlier she had seen off Italy’s Benedetta Taricco and her compatriot Dariya Drozd to make the gold medal match, while Botello beat Yoana Ilieva from Belarus in her last-four tie.