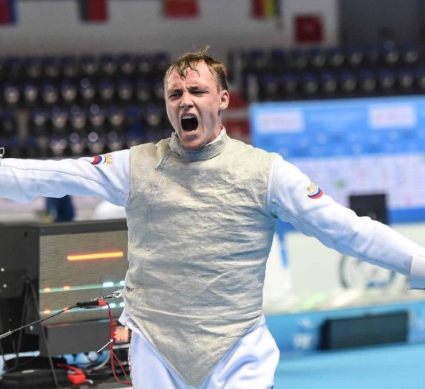 Russia’s Kirill Borodachev beat compatriot Vladislav Mylnikov to the men’s junior foil title on day four of the Junior and Cadets World Fencing Championships in the Polish city of Toruń.

Borodachev triumphed 15-12 in the final having earlier defeated Egypt’s Mohamed Hamza by the same scoreline in the semi-finals at Arena Toruń.

Hamza and Fujikura were the bronze medallists.

In the equivalent women’s event, the United States' Lauren Scruggs clinched the gold medal with a 15-13 win over Italy’s Martina Favaretto.

It followed an 11-10 semi-final success at the expense of Japan’s Yuka Ueno.

Ueno and Park won the the bronze medals.