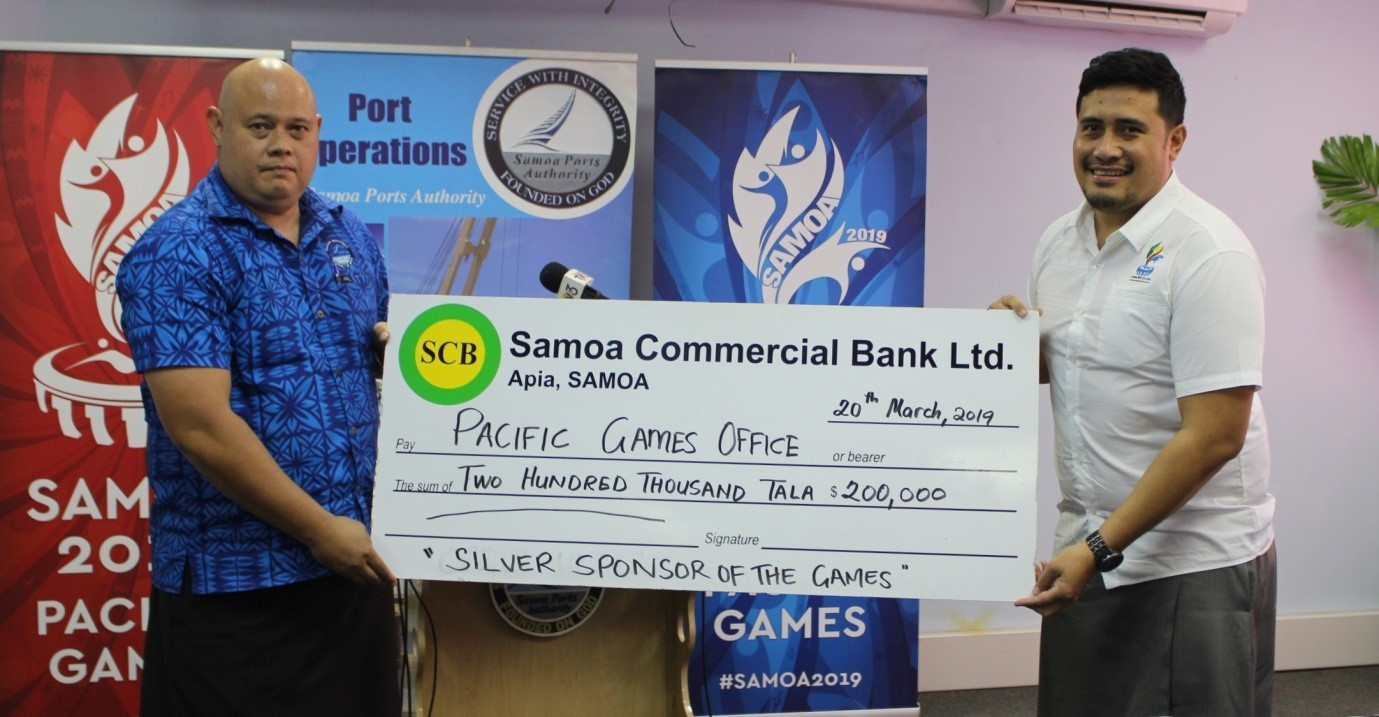 The Samoa Ports Authority has become a silver sponsor of this year's Pacific Games in Apia.

A signing ceremony was held between the two parties to announce the link-up.

"We are excited to announce Samoa Ports Authority as a silver sponsor," said the chief executive of the Games Falefata Hele Ei Matatia.

"On behalf of the Games Organising Committee and the Pacific Games Office, we'd like to thank the Minister for Samoa Ports Authority, Board of Directors, management and staff for choosing to support this great cause.

"We are grateful and we look forward to seeing the Games continue to progress through this wonderful partnership.

"We also pray that god will replenish and bless all that you’re putting into the Games for the betterment of Samoa."

Tuatagaloa Shane Wulf, the acting chairman of the Government agency's Board, said: "The Pacific Games is the biggest event of the year and Samoa Ports Authority is delighted to be part of such an auspicious occasion."

The Pacific Games is due take place between July 7 and 20.

Other sponsors signed on this year include fast food giant McDonald's, the Samoa Shipping Corporation, the Accident Compensation Corporation and SkyEye Samoa.