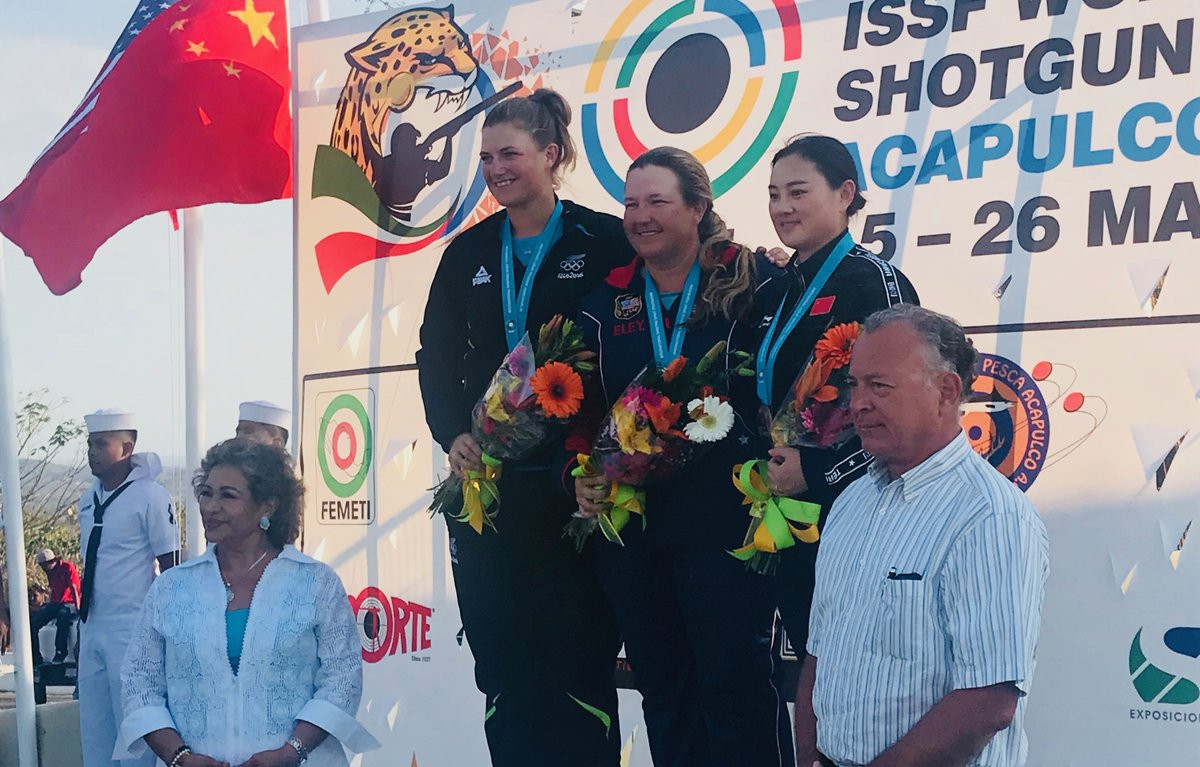 It secured her a 19th ISSF World Cup gold medal, three of which she won last year.

The silver medal went to New Zealand’s Chloe Tipple, who hit 121 targets in qualification and 48 in the final.

China's Zhang Donglian was the bronze medallist after managing 119 targets in qualification and 42 in the final.

China's Zhang Heng and America's Samantha Simonton equalled the qualification world record of 123 targets, but on this occasion they did not get any medals.

Action in Acapulco is due to conclude tomorrow with the second round of qualifying and final in the men’s skeet event.

Topping the standings in the first round of qualifying were Kuwait’s Mansour Al Rashedi, France’s Eric Delaunay, America's Vincent Hancock and Greece’s Nikolaos Mavrommatis, all of whom posted a total of 50 targets.