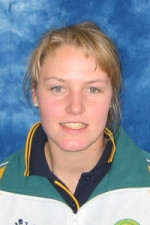 Qualification is due to continue tomorrow and will be followed by the final in the evening.

Men’s trap qualifying is scheduled to begin tomorrow and is set to conclude on Tuesday (March 19).