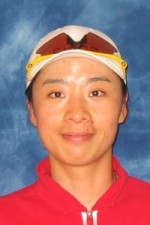 The skeet specialist, who turns 35 this year and according to the ISSF is a soldier in the Chinese army, finished ahead of New Zealand’s 2015 Oceania champion Chloe Tipple and United States' Samantha Simonton, who each managed scores of 73.

Some 49 athletes took part in the first round at Club de Caza, with the second round and final set to take place tomorrow.

Having missed just one target, 2014 Asian Games silver medallist Zhang will be eyeing overall victory, although she will face tough competition as the top 12 shooters all missed just five targets or fewer out of 75.

The second round of qualifying will begin at 9am tomorrow local time, with the final scheduled for 4.30pm.