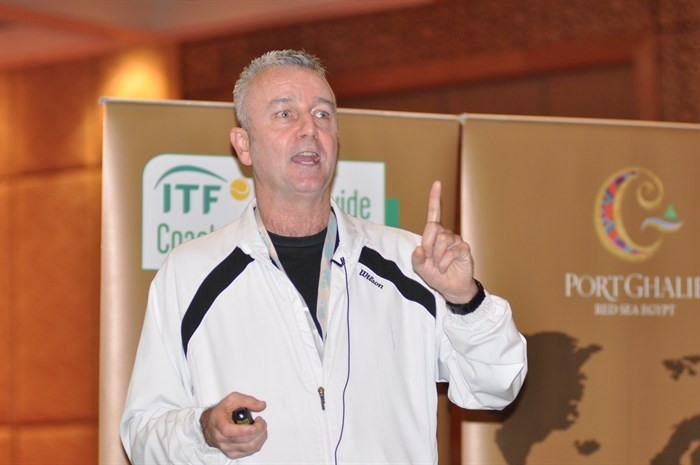 Ireland's Dave Miley has claimed new ethics rules which restrict campaigning are biased in favour of the incumbent as he stepped up his drive to unseat David Haggerty as President of the International Tennis Federation (ITF).

Miley, the former executive director of tennis development at the ITF, will challenge Haggerty when the election is held on September 27 in Portuguese capital Lisbon.

According to British newspaper The Times, the Irish official said the rules for candidates in the code of ethics "favours the incumbent a lot".

During a promotional event held at the ongoing Miami Open, Miley was unable to distribute copies of his manifesto as new regulations, which came into effect on January 1, state that candidates "shall not send out official campaign material in any form prior to the official public announcement by the ITF of all valid candidates".

Miley said the rules were "very different" to the regulations for the vote in 2015, where Haggerty was elected to replace Francesco Ricci Bitti as President.

He also revealed he had written to ITF Ethics Commission chairperson Sandra Osborne to express concerns over the process.

"The problem is that it favours the incumbent a lot," Miley said, according to The Times.

"David Haggerty is going to attend all of the regional meetings that I am not allowed to attend.

"He’ll be able to promote the policies he is doing right now.

"I can’t give out material.

"But I am going to try to be very positive.

"I want to stay within the rules, I want to operate a campaign that is very correct, pure and try to talk about tennis."

Miley was critical of the ITF under Haggerty when he announced plans to stand against the American.

The 60-year-old claimed he was "both surprised and saddened by the current challenges facing the organisation, especially as they relate to Davis Cup, as well as the ITF's deteriorating relationships with many important tennis constituents".

Miley was also barred from attending the Annual General Meeting in Orlando by the ITF, where controversial changes to the Davis Cup were approved.

Haggerty is set to stand for re-election but has so far refrained from engaging in a public dispute with Miley, who left his role as executive director of tennis development in 2015.

The Irishman had been involved with the ITF for 24 years and had been credited with the establishment of their coach education programme in 1993 and the production of a level one coaching manual, as well as being the co-author of the advanced coaches' manual.

In a statement, a spokesperson for the ITF said: "The election rules were delegated by the ITF Board to the Election Panel, which forms part of the Independent ITF Ethics Commission.

"The Election Panel approved the rules and oversees the process in the upcoming election."